Where's that Suite at? & giving me all the Homeward Bound feels.... {Thankful Thursday #259}


Fence fixed
We had a surge of Spring weather.  It was actually in the 70's for a few days - & along with that came spring winds.  It was a hold on to your hat sort of few days.  All that wind had blown down some of the fencing around the horses field. With Tony being down & out, I didnt know how to fix it - but I'm so grateful that Tony's friend ended up taking a half day off of his job - went & got parts to fix it & repair it where it should stay up now.  It had dropped a few weeks before & he came & rigged it up.  So thankful that he took his time out of his day & helped us & the horses out. 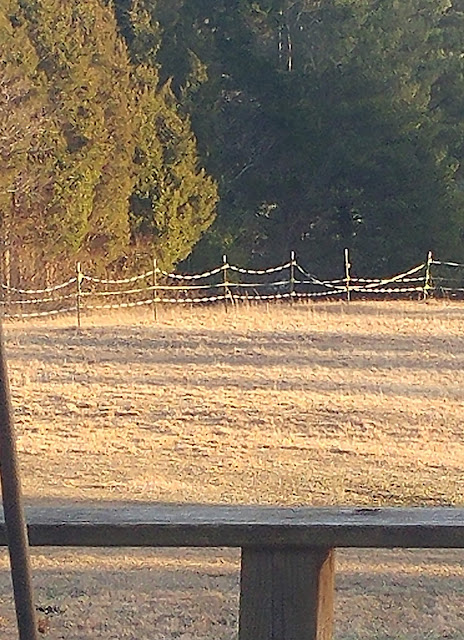 Jazzercise Doctor
Soooo... my brother was back in the ER last week.  Again - no details because Tony.  Yes, he's OK & he only had to be in there for about 24 hours.  It was funny thought because I got to the ER to sit with him & his wife & the doctor came in. I knew I knew her from somewhere. Her face looked familiar & I'm staring at her something fierce. I know she was probably like, WHY IS THIS PERSON LOOKING AT ME SO INTENTLY?? I saw her name & also knew that I knew it - but just couldnt place where.  Finally, about 15 minutes later as she's still talking to my brother, it hit me.  ... she was one of my old Jazzercise teachers :) LOL... when she left, I told Tony he was in good hands. She was very thorough even in class about explaining details of what the body was doing & how it worked together. I always enjoyed her classes. Granted, that was over 10 years ago - but I do remember her.  Glad to have someone I knew looking after my brother.

Tony home
& yes, we're thankful everything worked out ok for Tony & he wasn't in the hospital long & no more surgeries this trip around.
... have I mentioned lately that the Wood Family needs a suite in Floyd Memorial? Because once again, this confirms it


Toast
Yes - I am thankful for toast.  A lot of nights lately, that's the only thing I've been craving.  Warm toast with melted butter & warm honey dripping over it. Hmmm... Give me all the carbs.


Bruno ate again
We thought Saturday was going to be the day for Bruno. He had gone a few days with not eating & has instantly lost so much weight.  Weight he cant afford to loose.  He barely drank any water & we shed some tears Saturday morning & said this is it, we need to take him to the vet.  Ricky said to let him sleep & if he didnt eat by Monday, we would take him in.  Bruno has a history of bad days & then rebounding & having good days.  .... Well, lo & behold - that night, little old man drank a ton, licked up a bunch of beef broth (its specifically made for dogs) & even ate half a bowl of dog food.  Put him in his walker & he even walked for over an hour. REBOUND my baby!  ... I still am anxious to see how much longer he's going to go.  But as long as he's fighting to keep living - we'll fight with him.


Visit the horses
So it had been over 4 weeks that my brother had been to the barn to see the horses.  He has missed them so much & I know they miss him too. Tony even said he wonders if the horses think he's gone forever.  Just for the reasoning that dad was there in the barn one day - & in a blink, he never came back. Heck, we're still dealing with that fact.  I know the horses were confused for the longest time too about that. The man who was down sitting with them, playing with them, tending to them - for hours each day... gone. My brother is the one who spends the majority of the time with them now that dad's gone & we just wondered what the horses thought.  .... so Sunday, Tony actually rode over with his friend who has been helping Ricky with the horses on the weekend. I dont know who was more excited to see one another - Tony or the horses.  & yes, I did take a picture & its not of his face, but I still dont think he'd want me to post it - though its killing me because its such a cute picture where Cochese ran right up to the fence to see him. ... I got all the Homeward Bound feels. Anyone else remember that - where the dog runs up to the boy at the end & says, "OH MY BOY"... Nope - I'm not crying - you're crying.  It was just sort of like that.

I'm just glad to see Tony in regular clothes - have on real shoes & riding in a car.  I know it wore him out & was rough on him but any progress is good progress.


Tell me something good about your week!