*I'm about ready to BUST!!!!! Today's the day... Guess who's going to be here in just a few hours? Yep... the cutest little grandbaby in the world! Julie & Isaac are actually coming with our son in law, Steve, this time - its been a year since we saw Steve - so it'll be a great few days... I'm just watching the clock... waiting to head to that airport! 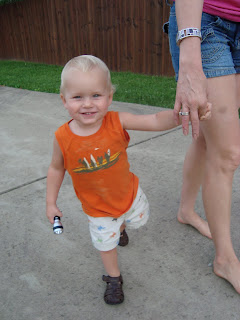 *I finished my Hermoine Hat! Someone saw the last Harry Potter movie - saw the hat Hermione wore & wrote up a pattern. How smart people are!!! I'll never be THAT good - but at least I can follow a pattern! The results - a hat that I love: 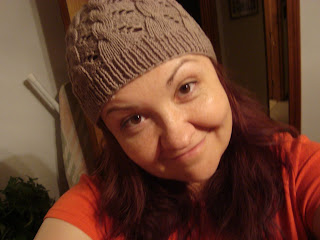 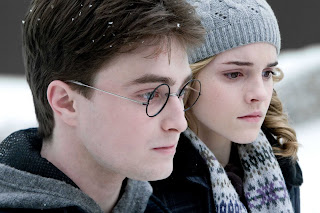 *Biggest Loser: I was heart broken! I absolutely love Sean - the youth pastor. He was so kind & funny & had the best lines! (... I wanted to look at this crazy lady & say, "What are you thinking you crazy lady?"....) What a way to go though. For those of you that dont watch - a woman, the one Sean called crazy, pretty much played the game with such an evil scheme & it brought the whole show down. It came between Sean's team & another team where the lady NEEDS to be there. She has no family - no support. Sean & his partner willingly asked to be sent home so this woman could stay! It was so heart tugging!!!! And at the end, he was standing in front of a group of youth talking about his experience & how you can change the inside AND outside.... taking the message to God... LOVE IT!!! Oh Sean... I'll miss you! 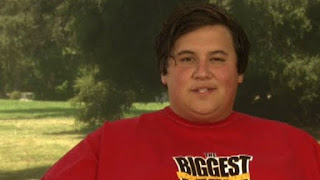 *SPAT OF THE WEEK: Car Tires! - I swear, I think my tires have a slow leak in them... they are looking low to me. Every time I tell Ricky, he says I'm crazy & they are fine. So I try to give him a sad story about me stranded in the middle of the express way & what happens if my tires go totally flat then... which leads to a spat of how tires work. I dont care about all that - just check my tires!!! I need to learn how to put air in my tires myself - be a hands on auto-kinda-gal! OHHHH - you can believe if I get stranded because of my tires, you'll all hear about it!


*This is just ANOTHER reason why I think Hugh Jackman is one of the most perfect men out there... he's not afraid to walk around with Pink My Little Ponies...& still look good doing it! 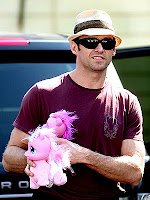 *My life flashed before my eyes last night. I was walking across the floor & for some reason, a water puddle was in the middle of the kitchen. My foot hit it & I did, what I would think is a triple axle with a lutz somewhere in there. That is the WORST feeling. A slow-motion sort of fear that makes your heart skip a beat. It takes me a second to stand up & then probably a good 10 seconds later, I let out the biggest scream... so I'm a little delayed. I'm OK though.. had a good laugh about it actually.

*Anyone watching "Modern Family"... oh my gosh... This man (the one in the kimono) is the funniest character... if you didnt see the way he introduced his daughter, with the soundtrack of "Circle of Life" playing in the background, then you missed it... it was one of the funniest things I've ever seen!

*Be prepared for an overload of grandbaby pictures for the next few days... its a must! We get such limited time with him... AND its his 2nd birthday Saturday... oh yes... Nanny + Camera = TONS of cute baby pictures!!!! Dont say I didnt warn you! hehe!