*Guess who's birthday it is today! Nope, not my mom & not Isaac's... its only the birthday of the two cutest, sweetest, smartest, puppy loving twins I know! Yep - my nieces birthday! October is a busy month for me in celebrations! But today is their day! Seems like only yesterday they were like this.... 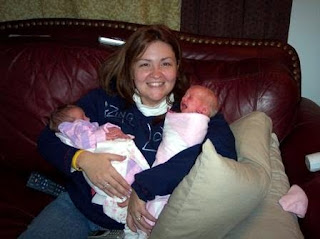 And today - they are the big 5 years old!!!! Amazing... where does the time go? Happy Birthday Sophia & Madi...your Aunt Bec loves you more then anything! 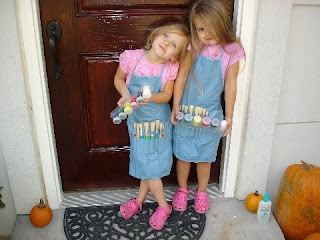 *I went home yesterday after work & there sat Isaac's basket of toys in the middle of the floor.... it about broke my heart. Yes - I sat there & cried... then forced myself to get moving so I wouldnt wallow... I did 4 loads of laundry, cleaned my kitchen - my house is shining... at least I didnt sit & cry....missing that little cute face! Funny how you can feel like a piece of your heart is missing...
*SPAT OF THE WEEK: Oh, you can already tell what the spat was this week... who does Isaac love more - his Nanny or his Pappy? It can be the cause of many spats... & I'm only saying it here because I would never give Ricky the satisfaction, but I do think he's a little more partial to his Pappy....I think probably because he thinks he's magic on skates & his Nanny has a hard time walking across a floor... I'll still argue that he loves me more... just for arguments sake. 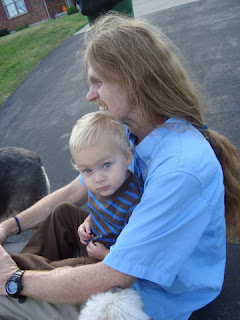 *We're having flooding around the area again today! I grew up never hearing anything about flooding & I think this is the third time in the past two months that we've had severe flooding ... I know we're not the only ones too around the US... what the heck is going on? I'm expecting to see Noah's ark any day now!

*What's your favorite version of the Bible? I am partial to the NIV but lately, I really am loving the simplicity of the Message Bible... it just breaks it down so easily. My buddy Dawn uses the Message version on her blog & I just am loving it more all the time. Thinking I need to go get a Parallel Bible

And I'm wondering why this guy's picture comes up in the midst of all these bibles on Google Images with the words "Message Parallel Bible" under him...weird... 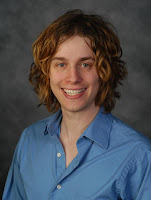 *Anyone see Nancy Grace RIP into Jon Gosselin? I dont normally watch her - but I will say - I wanted to high five her for telling him exactly what everyone thinks about him... 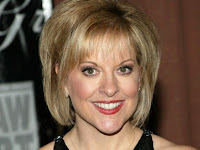 *Lets talk TV!!!! I havent been able to watch all my "normal" shows due to Isaac-week... but trying to catch up... lets DISH!

So You Think You Can Dance - I officially hate you judges! How can you get rid of Ryan???? They had it against him from the beginning - they knew Evan did so well & that everyone already loved Ryan - so get him out of there... hate you judges! 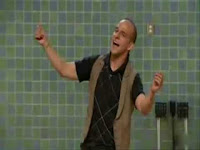 The OFFICE - did you all see Jim & Pam's wedding? Oh my gosh - the first five minutes - when the whole office was PUKING - I had tears coming out of my eyes & my stomach hurt from laughing... I've never seen anything more funny in my life!!!! I'm STILL laughing about it!... & isnt Jim just the sweetest man ever... when he cut his tie for her & the look he gave at the end when he was married to her on the boat... aahhh! One of the funniest episodes ever! 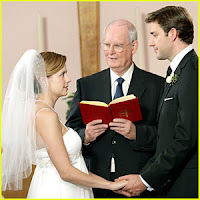 Dancing with the Stars!!! OK Auburnchick, you gotta give me your breakdown! I've only caught You Tube clips of the dances...quick thoughts. Why would they put Aaron in a baby blue Hugh Hefner robe when he looks like a 10 yr old-creepy! .....I thought Tom Delay was awesome for sticking with it - but didnt it seem like Cheryl just wanted to give up on him because she knew he wasnt going to win?...... Do you think Chelsie & her little extreme snow boarder are falling for each other?.... & what was with Kelly kissing Louie at the end?.... Mya & Donnie are still my favs! Though I am loving the swimmer!
GLEE.... is anyone else into this show as much as me? I just hang onto every word that Sue Sylvester says - I'll actually rewind & listen again because you miss what she says sometimes. HILARIOUS! They had a video up with a future song & it was AWESOME... but they already took it down!! But this is still one of my favorite that they did...