The video talked about that in the days of the first Christians - did any of those words describe the disciplies?  Nope... they would be more likely described as: 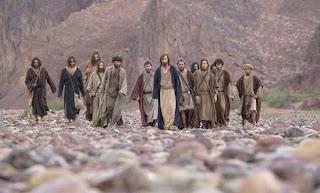 What has happened that makes Christians, like Anne Rice, want to pull away from being "labeled" a Christian?

I dont claim to know the answer to any of this... at all... just something that really struck me.

And in all of this, I cant shake from my mind the quote that says:


"The greatest single cause of atheism in the world today is Chrsitians, who acknowledge Jesus with their lips & walk out the door, & deny Him by their lifestyle.
That is what an unbelieving world simply finds unbelievable"
I just think its a sad statement for Christians today...

I think we have a battle in front of us that only requires nothing but love... of being an example of Jesus... Jesus hated sin... but he loved the sinner....is that what we're doing?  Is that what we are showing the world?

Or are we only the things that people describe us as today?

Believe me... I know some AMAZINGLY wonderful Christians - as I'm sure you do too... that the words that describe the first Christ Followers would apply to them as well.  People who give of themselves totally - who are the hands & feet of Jesus - who love & forgive & shine the face of God to others.  But why isnt the world seeing more people like that?

I guess  I have to remember I am responsible for my own actions...and I want to work on being described as the first followers of Christ.... I want to represent Jesus... not claim to be perfect or have all the answers, but love everyone, as Jesus would...

Dont you think the world would describe "Christians" differently if everyone just loved as Jesus? ....