I have to say, we had a wonderful Thanksgiving - minus that my mother was home in pain (insert really sad face)... she hurt her back, literally as they were walking out the door - so I didnt get to see her...but here's what Thanksgiving looked like for me

We woke up & the weather was yucky yuck... 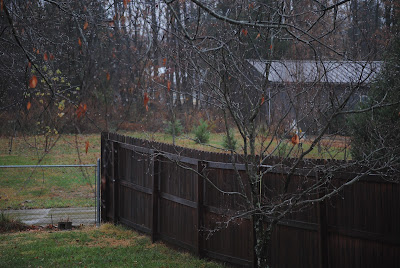 I got up early & got my turkey going & made some cinnamon rolls for breakfast.  Nothing like warm sugary topping to start a day of food-fest!  I figure the day is already a mess, so might as well go gung-ho!

Ricky was like a kid being stuck in the house with the rain... I snapped this picture while I was working in the kitchen & just noticed him staring at the rain... 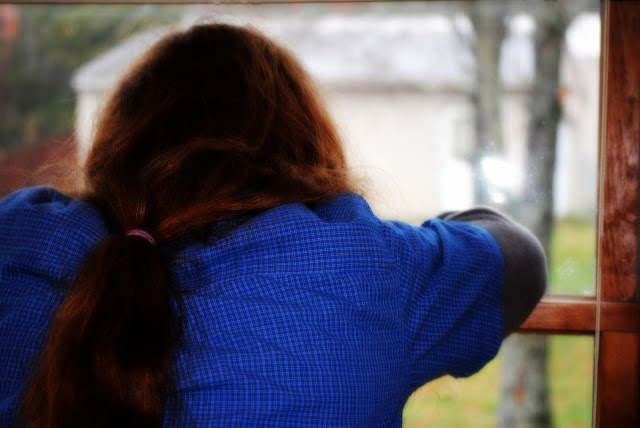 So we opened the garage & just watched the rain for awhile... It was actually still warm at this point of the day, & I love a good, warm rain.  Most of the dogs, the rain doesnt bother them... hence, Zoe 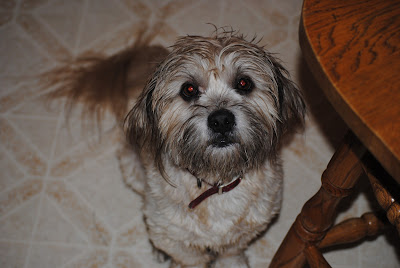 But Syndey prefers NOT to be in the rain.  So she ran up on the porch (In her spot, next to my rocking chair) & thought she'd just lay in her spot to watch the rain. 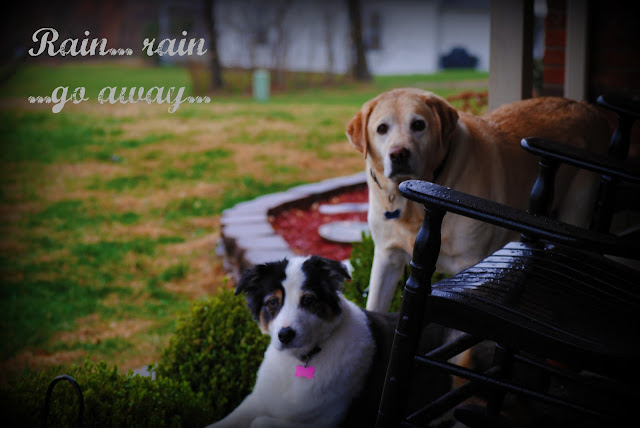 I then did my 5k for the "Feed the Turkey" that benefited St. Judes (LOVE THAT!) - had a great run - & then, what do you do after you run 3.106 miles?  You make MORE food!  So off to the kitchen to make some dessert.  I was going to make some pumpkin pie, but Ricky kept ho-humming about that, so I just went with cookies... its sugar... its all good to me... 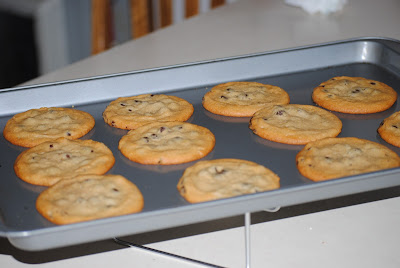 I went over to my brothers & got to see my family for a little bit.  Got to talk to my nieces about their Christmas Lists.... Madi told me she only wanted two things - "TWO THINGS" she said while pumping her hands for dramatic effect.  The two things - a computer (one of those cute kiddo kinds - & a Barbie jet) - I asked her if she liked Barbies? "No... not really.  I just like all the fun stuff that comes with her.  I just give the doll to Sophia" ... love conversations with kids...  Sophia then told me, "Aunt Bec, I dont care what you get me... I'll be happy with anything" ... is that the most precious thing ever?

Then I headed back home & made Ricky do something productive besides watch the rain.  I needed him to put up the tree.  I do all the decorating of it - I just need his brute strength to get it up.  While he laid down on the ground to level it up, Bruno saw the opportunity & ran to him. Bruno honestly LOVES when someone gets on the ground - its his perfect opportunity to jump in a lap or get in some arms.  He literally ran over & got in this position in like 0.127 seconds that Ricky got down under the tree... (FYI - my carpet isnt normally that dirty - its the tree falling apart out of the box...)

So much for Ricky being productive... he had to lay there with Bruno for awhile under the tree...

That's alright, because I just had to finish up the rest of dinner & then it was chow-time!  I cant believe I didnt get a picture of my turkey either.  We were just both so excited, we tore that bird apart!  Sooooo yummmy...Here is our dinner for two

(Notice Ricky's plate actually has green on it with the green beans - my plate is full of all the carbs in the world!)

While I was cleaning up after our bellies were stuffed, we get a call & our Lindsay Kay said she was going to stop by... what a fun surprise!  She's 22 & with that, comes a busy schedule where we dont get to see her very often.  But it was the perfect way to end a day that is dedicated to things to be Thankful for.  AND "Beauty & the Beast" was on tv for the 2nd night in a row, so we got to watch it, like Lindsay was 8 yrs old again... I still picture her like that anyways :)

It really was a relaxing day... I think I gained a few pounds (even running a 5k) but its worth it - its once a year, right? Hope you all had wonderful food, lots of laughs, fantastic family time & just a memorable holiday!

Email ThisBlogThis!Share to TwitterShare to FacebookShare to Pinterest
Labels: Project 365