So this Friday... no one has had their back ripped open (dont I put things so elegantly)... & no road trip with a bunch of kids on my schedule... so I get to Frag again!  Let's get to it!
*****
Tomorrow kicks of the running race season around here.  A 5k is the first leg of it... let's get this party started... but wait!  What's that?  Its going to be BELOW FREEZING? ... yep.... the temp for the race tomorrow morning is going to be like 30 degrees.  My excitement for the race just dropped 98%.  Its not so bad running, but you have to get there early to get a parking spot - 5 miles away!!!!  Walk to the starting line - wait about 20 minutes before it starts - & that's where the cold is felt.  Running, you warm up - not a big deal.  But THEN, you gotta walk 5 miles back to your car with SWEAT all over you.  Remember my post on Frozen Snot?  yeah... I'm forseeing that tomorrow... beautiful....


*****
SPAT OF THE WEEK: Since we're already talking about it - RUNNING!!!!!!   Ricky ONE time - for ONE mile - ran a 6 minute mile.  Remember, he did one mile & that's it.  But now, he thinks everyone - EVERYONE should run a 6 minute mile... & if you dont, then why bother - you arent a good runner.  It was quite the conversation for a SPAT of epic proportions when he said, "You have that little walking thing Saturday?"... first - its not a "walking thing"... its a 5k RUN!! Yes, people walk, but its not labeled as a walk... people compete here... then he said, "Its just 3 miles - you should be done in like 15 minutes" - 15 minutes?  Most people wont even get across the START line in 15 minutes!!! There will be like 10,000 people... I told him, "Why dont you just call it a napping, lounging, skipping event - where people just walk & pick flowers & smell them & take their time to cross the finish line"... are you serious? ... I'm taking my running shoes & throwing at his head for all of us that have our own times & compete against OURSELVES...


*****
Anyone else see Jennifer Lopez freaking out about telling the American Idol contestant he didnt make it?  I totally loved her even more because of that... showed she was real.  I had to laugh though that Randy & Steven were consoling her when the guy who got booted seemed perfectly OK with it.  Granted, I loved his story, but he wasnt the best singer... but what a guy... 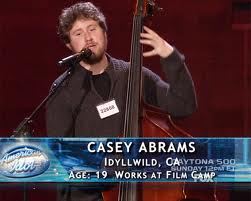 I'm pulling for Casey (the guy who played the big standing violin thing - what is that? - I'm not musically gifted) ... Ricky is pulling for the rocker guy with the scream.  That scream is already on my nerves.  I told Ricky he can only do it for so long... they cant give him a Josh Groban song & he really think he can scream in it.  I also am rooting for Lauren - the girl who dressed like a Country Barbie.  She's adorable... & I'd totally rock those pink sequin boots!


*****
Anyone else excited about Adele's new CD?  I've totally fallen in love with her voice lately... I ended up buying her last CD "19" as well... I think I listen to her version of "Make you Feel my love" everyday... awesome.... I also want her fake eyelashes... 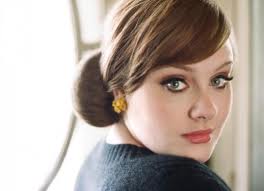 Hope everyone has a fantastic Friday!!!!