I was scared when I didnt see Mrs.4444's Friday Fragment post in my Google Reader... only to see she has been posting - but its not coming up in GR for some reason.  That, & all the problems with posting comments on blogs lately.... Me thinks that Blogger is just having a really hard time lately.  Come on Blogger!  Get it together!  While we wait for issues to get fixed, lets frag... 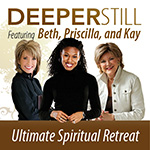 Yep - the Deeper Still conference with Beth Moore & Priscilla Shirer & Kay Arthur!!!!  My cousin had a ticket she wasnt going to be using so she asked me if I wanted it... WANTED IT!!! She just gave it to me... It was probably inappropriate of me because she gave it to me in the funeral home when Papaw was there & I was jumping up & down, screaming with excitement.  Probably not the normal reaction people see in funeral homes... can you blame me?


*****
Sunday, did anyone hear angels singing?  Because I did... when I felt AIR CONDITIONING coming through our vents at home!!! Yes!!!!  We have AC!!!  The guy who fixed it was awesome & came out on Sunday so I didnt have to miss anymore work since I had taken off for the funeral.  He literally was there all day long.  Is it normal to hug a AC repairman for 5 minutes? ..... funny thing is, we must be used to the warm air now because we havent even turned the AC below 80 degrees.  And it feels COLD to us.  Our doggie, Sydney, who has black fur, even goes outside & lays in the sun during the day.  I'm just glad I can finally cook again in my house without getting the temperature to 100 degrees...

*****
So You Think You can Dance!!!! .... They revealed the top 20 dancers last night & there was only 2 in there I even remember from all the auditions.  I always love the Broadway guys... For some reason, I really like the ballroom dancer lady this year too.  Maybe because she's "older".  I also love the guy that is always screaming "OOOOOHHHHHH" - I love someone who just naturally screams in daily life.  Now I have to work on my Cat Deeley accent. 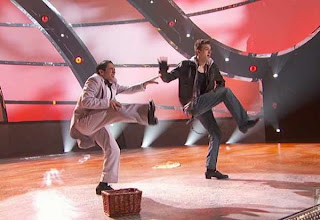 *****
How long did you play on that fun little musical instrument on Google on Thursday? ....I felt so musical ...


*****
Twin Picture Time... My dad took the girls to go pick up a sweet treat at the grocery while they spent the night with them.  Sophia picked a cupcake creation that looked like my Bruno.  She told me on the phone that it looked JUST LIKE HIM! (it kinda does... when his hair is long)... Madi went for the straight up birthday cake.  Maybe being a twin, this was her way of getting her own birthday cake?  I bet the sugar rush was SUPER FUN in Yaya & Papaw's house.... 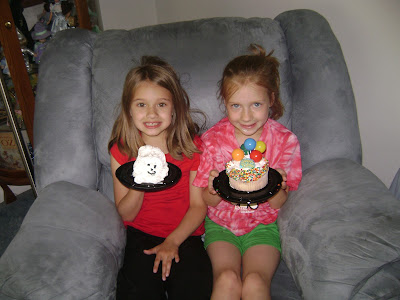 *****
SPAT OF THE WEEK: ... I'm actually going to trade this out this week for the FUNNIEST MOMENT OF THE WEEK WITH THE HUBS... because I cant NOT share this moment.  We're sitting in the front row at Papaw's funeral, next to my parents.  Everyone is getting settled in... the music starts.  Well dang it - everytime the first note of music is played at a funeral, it just instantly cues the tears for me.  So as soon as I heard the music, my eyes started watering up... Ricky looked over at me & with all seriousness in him, he said, "What's wrong?"... I just looked at him like he had lost his mind & then pointed up to the... ummm.. HELLO - casket?!?!?!  & then looked at Ricky & said, "Really?" ... we then just busted out laughing at each other.  That man... how his brain works sometimes... & yes for the record, that's the second inapproriate reaction from me at the funeral home.


*****
I'll go ahead & tell on myself with the third inappropriate reaction.... right before the funeral, my mom went back to see the twins.  While standing there, the heel of her shoe broke.  Literally just fell off.  She had to do that funny, one foot highter-one foot lower walk down the aisle.  When she showed me her heel, I busted out laughing.  Of course that would happen - 1 minute before the funeral started.  Ricky kept elbowing me & saying, "Give her your shoes... DO IT... give her your shoes"  Between him elbowing me & my mom sitting there with a broken shoe on - it just triggered the giggles in me.  I think its safe that emotional situations cause me to do a nervous laughing thing... & if you dont believe me, let me show you my wedding video where I couldnt hardly say my vows because I was laughing through the whole ceremony.... maybe I need help.