Oprah's fault I had to go to the doctor...

Y'all know I hate the doctor.  I mean, I really really REALLY dont like the doctor.  Everyone yells at me to go to the doctor when I have my normal ear infections, or sinus infections & fevers of 110 degrees... but I wont go... because I just dont care for doctors.

I'd go if it were Doctor Oz just so I can put on some purple gloves while I'm waiting... or if it were Dr. Drew, just because I think he's cute...I'm not addicted to anything though.  Except maybe my Diet Coke.

for 2 reasons... first, my eye has been bothering me for awhile.  Its gritty feeling - hurts in the corner of my eye like a sty is coming up, but its not - my eye lid swells & gets a little droopy - it waters like a faucet... just finally getting on my nerves after weeks of irriating me.

second - & this is just a small thing - I feel like I cant breath... who needs to breath, right?  I just feel like in my upper chest, there is so much pressure that I can't inhale.  I can... I even force myself too... it just feels like I cant.  I even have kept running feeling this way & am perfectly fine - but its just bothersome, to say the least.  So I wanted to make sure that was OK since I have all these races ahead of me & my running training is only going to get more serious starting in July.

So I sit in the doctor's office - he enters.  He asks me what is wrong & while I'm telling him about my eye, he is literally listening to me breath on the back of my lungs.  Hello?  My eye is up in the front - not back there.... The doctor (who I've gone to since I was 16 yrs old) just says, I'm going to send you for an EKG on your heart.  So I saw him for literally - no joke - less then a minute before being moved to the lab area.

Back to the office & the doctor comes in.  He hands me allergy drops for my eyes (which remember, he hasnt even LOOKED in my eyes the whole time) & tells me to try this & if they dont help, call & he'll send me to an opthamologist.... & then he hands me my file to leave...

People - can you see why I'd rather take my chance with an arm hanging off then go to the doctor?

So he says he doesn't hear any wheezing in my lungs (which I told him I dont have) - & he said my EKG came back looking great.  The only thing is my anemia has gotten more severe.  He said when it gets that low that its hard for the oxygen in the blood to get around & it can actually cause shortness of breath & he thinks that's causing it.  Told me to just keep an eye on it - if it stays bad, he'll send me to a hemotologist & talk about infusions.  (INFUSIONS?!?!... no thank you)  And then he sends me on my way.﻿﻿﻿ 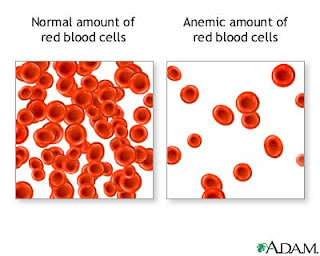 ﻿﻿﻿
So I really left knowing nothing more then I did before... except he wants to send me to two more doctors... which only makes me want to jump off a bridge.

Driving home though, I thought about my anemia getting worse.  Then I thought of something ... I havent had any red meat at all since Janaury.  And I can thank Oprah for that one.  I've never been a big red-meat fan anyways... & I gave up pork sometime last year after I loved on a momma pig at the State Fair.  (ohhh, her beautiful eyes!!!).

But Oprah did her show on being vegan & they showed Lisa Ling going to a meat factory & how they process beef.  ﻿


﻿OH HECK NO... I seriously sat there with my jaw dropped & tears in my eyes... & then got a little sick.  I just never really THOUGHT about the process.  But I'll never forget that sound of the machine that goes through their head to kill them... since that day, I have not had one bit of red meat.  I have only since ate chicken & am even weaning down from that.  If I ever saw how they process chickens, I'd probably instantly give that up as well.  If I have any meat at all during a week, it may be like once a week.... but protein is a big part of anemia... & now I'm probably not getting much of it at all.