I literally need a weekend from my weekends...

Where is that country that has like 3 day work weeks?

* Happy Hour Frappuccino's at Starbucks... not going to take advantage of that at least once!  The line was wrapped around the building in the drive through & I could see Frappuccino after Frappuccino being handed out of the window.  I asked the girl, "Do you hate Happy Hour?" ... she just smiled very politely & said, "Yeah, kinda"... I wouldn't have even smiled.

*  Butterfly chaos!!! .... at our church's program "The Backyard", some of our church members had some butterflies they needed to be released.  Well, they should have been released on Wednesday but the cold weather prevented it... so these poor butterflies were on their last legs.  So release them in a crowd of kids, that don't look where they run & walk & let loose butterflies that are struggling anyways... & you get a bunch of smashed butterflies.  It was the most depressing thing I've ever seen.


* I don't know why our whole church isn't showing up for this Backyard program.  It is the funniest thing every month. I literally had my jaws hurting from laughing at Mr. Bobby.

* I was FREEZINGGGGGGG!!! I couldn't believe how chilly it was. Isn't it Spring?  I resisted turning the heat back on, but stayed under down comforters all night.

* Poor Ricky... he takes down the set of The Backyard & it took him so long this time.  Its just him & one other guy & Ricky didn't get home until almost 11:00.  I felt so bad for him because he had to work on Saturday.  I think Ricky would move with me to that place I mentioned earlier.

* I thought I was going to work on my closet.  I ended up just getting to my drawers & then Ricky called & asked if I wanted to meet him when he got off work to go see Spiderman 2... screw that closet. It can wait.

* McAlister's ... Is there anywhere else greater for lunch?  Love they have veggie chili & lots of veggie options...


* Spiderman 2.... hmmm... to me, it was VERY long.  At one point, I even had to elbow Ricky to open his eyes. I thought he was going to fall asleep. There are a lot of parts it drags on.  It's a 2.5 hr movie that very EASILY could have been down at least 45 minutes if you took out some scenes... I think they just wanted to bank on the Emma Stone/Andrew Garfield love attention that everyone really loves in real life.

* the dude that played Harry Osborn - he was so strangely odd to me... like the perfect Harry. He looked like a kid at one moment, a handsome man the next, the innocent teen, & then a perfect villain.  Thumbs up on that casting.

*  Saw we had a missed call during the movie... found out my dad's cat had gotten hit by a car :( ... that's my biggest fear for animals living on these hilly country road.  Poor Soda.

* Stopped at Starbucks again but missed the happy hour... drats... but remember someone told me to try the Passion Fruit Shaked Ice Tea Lemonade... pretty good.  It was a tad tarter then I expected so next time I'd probably get it a little sweet.  But it was so pretty & pink!  I'll call this drink Molly Ringwald from now on.

* Kentucky Derby!!! We walked in the house 5 minutes before it ran. It always amazes me how ABC Sports makes Churchill Downs look so beautiful.  They show all the beautiful ladies in hats & the beautiful horses... they don't show the gambling drunks spilling beers all over everyone & the dirty bathrooms...

* Mac (Merge After Church) - it's always fun when the kids hang out after church & we eat pizza, talk & hang out & play games.  This month, we played a game where Ricky, & then later Ryan, hid from the kids, text us clues to where they were at & we had to find them.  I told them Ricky is good at this sorta stuff & he was DA MAN... he found the smallest area underneath the stairs in the church.  He said kids kept coming in, looking right at him but STILL didn't see him. I think it took like 20 minutes to find him.  Ricky's a sneaky little dude.

* Chasity & I had to bolt out & get to a photo session... of a couple that I did their wedding last year & they are getting ready to celebrate their one year anniversary!  I LOVE they did this.  Love the idea of pictures.  Loved even more that I got to catch up with them & see how they were doing.  I love my Brides & Grooms.


* It was freakin' HOT!!!!  Wasn't I just under 5 blankets the past 2 nights? ... Chasity & I were both sweating like crazy.  She's 7 months pregnant - she has an excuse.  I'm just plain fat.  So the both of us were just heading to the shade as much as possible.  Good thing that works best for pictures anyways :)

* I just had to buy some yoga pants for the skit we did at church on Easter. OK... I didn't know & understand how amazing yoga pants were.  I want some for every day of the week... or month... 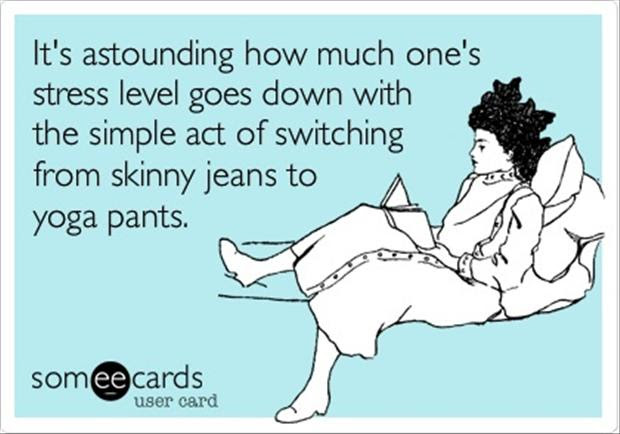 * We bought a cart to try & see if Sydney would lay in it & we could take her on walks.  She would have none of it.  She kept trying to jump out of it. Kinda the opposite of what we wanted her to do with weak bones.  Ricky would have to jump & catch her every time... so much for that idea.

* Once Upon a Time... "Evil isn't born, it's made" ... I have just loved this whole Wizard of Oz season & seeing Regina being pretty much awesome!

* Revenge... I will say, this past week's episode won me back over. I loved it.  Whose the David Clark uber-fan?