Hidden Bakery
A coworker had heard of a new bakery going in around our office but we couldnt place where it was. So 3 of us went out to try & find it - & man, let me tell you - its TUCKED away in a building.  No signs. No directions to lead you there. We just happened to stumble upon it.
But let me tell you, the hubs was one happy guy when I got him this cinnamon roll & brought it home to him from there.  Maybe its good its tucked away so they have plenty of sweet treats left over. 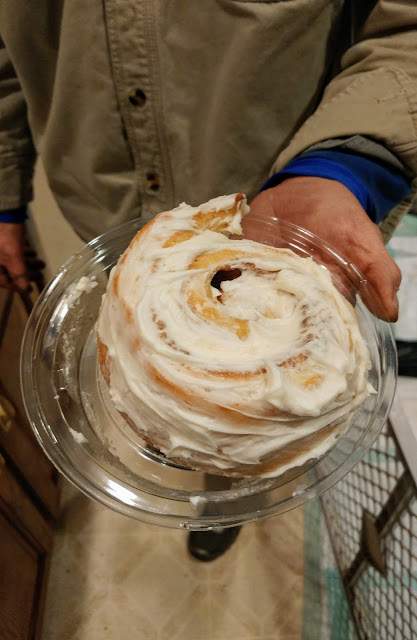 Furnace Decision
OH MY GOSH - why was it so hard. We had to pick which furnace unit we were going to go with & Ricky just made it so hard. I think its because he works in that area so he didnt want to mess up. I mean, we did just buy a whole new unit about 4 years ago & it's already junk. Yikes. #showmethemoney .... but I just imagine its like when I go pick out yarn. I know the difference between yarn & YARN... the good stuff. Sometimes you can know too much.  So after a week of Ricky trying to decide between 3 different units, & me basically telling him to just flip a coin or draw a name out of a hat... we decided on one. WHEW!

Free flowers
I stopped at Kroger Clicklist to pick up my groceries on a Tuesday - which threw me off anyways - but they came out with a HUGE bundle of flowers & said they were giving away flowers left over from Valentine's Day & did I want some? WELL YEAH.... They were gorgeous!! They did have a few dead flowers in them - but they have turned out to bloom into the most beautiful bundle. It's been 9 days & the bouquet is still on my table looking GORGEOUS!... this makes me want to treat myself to flowers every few weeks. It's just so pretty to come home to.


Wednesday dinner
The hubs took me out to dinner before our HSM home group since I dont get to see him at night on Wednesdays - I get home at 10pm & he's already well to dream land by then. It was really nice having dinner on a weeknight like that - the place was empty & it was just like a little romantic dinner.

30% off yarn
I have a big project I'm working on & went to get yarn, not knowing there was any sort of sale - so I was SUPER excited when I saw there was a sale on ALL yarn.SCORE!!!!

Daily Grace App
I swear, I dont get paid by Daily Grace (I should - I promote them enough - HELLO Daily Grace - you can just pay me in highlighters & coffee cups).... but if you haven't checked out their app, you should. They offered a new bible study on the Trinity on their app & its so super in depth!!! I just bought their next bible study (on Romans) & as soon as I got it, they sent me the code to download it on the app as well so I can have it with me anywhere.

2nd week in a row - Friday dinner
What's happening with us?  We went out to dinner last Friday, which for the day after Valentine's - kinda expected... but to have another Friday night dinner?  It felt like we were dating again & living that young, carefree life.

Pedway
Since I was on my own going to the infusion center, I found a pedway that connected the parking garage to the hospital - which made it so much easier & felt safer for me to walk alone downtown.

FELT GREAT
I still can't believe how good I felt the day after my last infusion.  I remember a nurse telling me, "you've forgotten what good feels like" & Sunday I looked at Ricky & said, 'Is this it? Is this what good feels like?"... I'm horrified its a passing phase. I want to feel like this all the time now!!!

Valentine's Roses
So speaking of my free flowers, my Valentine's Roses that Ricky got me 2 WEEKS AGO ... they still look beautiful too.  It's like I'm Belle or something with all these roses around me :) 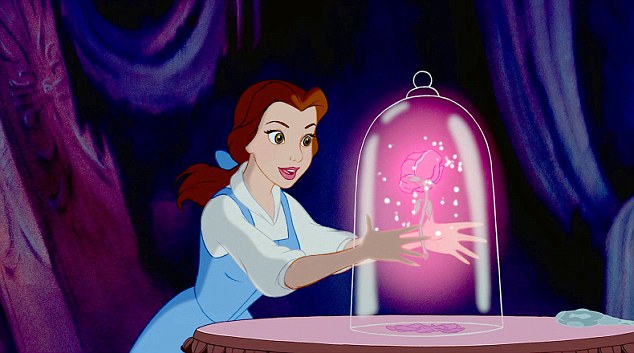 What are you Thankful for this week?