The weekend that I read a book & baked some bread... basically I'm Laura Ingalls

Well, I'm pretty sure that Ozzie thinks he has moved to some form of the tundra where its gloomy & dark all the time because as of yesterday, it was 10 days straight of no sunshine... may be longer than that. I just know every day of 2021 has been  cloudy. I have not seen the sun since we drove down to pick up the puppers & even then, at our home, it was foggy & cold... it was only sunny over 2 hours away.

For someone who NEEDS sunshine to keep my mood up, its starting to wear on me about now.

Nothing really exciting happened this weekend.

Saturday, we got up early & I had to do a UPS drop off for work & a bank run & then I ran into the grocery while The Hubs stayed out in the car... which always puts on the pressure to hurry up & get done & get out. Probably why he did it.

The biggest part of my Saturday was turning on the heat in my enclosed room &finishing up a book - my first of the year... which was carried over before Christmas.  I had lost my mojo on reading & it was a Christmas book.  Glad I finally finished it.

But Ozzie is learning the doggie door so I sat outside in the room to let him run in & out with his brothers & play ... & play they did  He ran & hung with them till the big boys were worn out & then we could hardly keep him awake the rest of the night. He was exhausted. 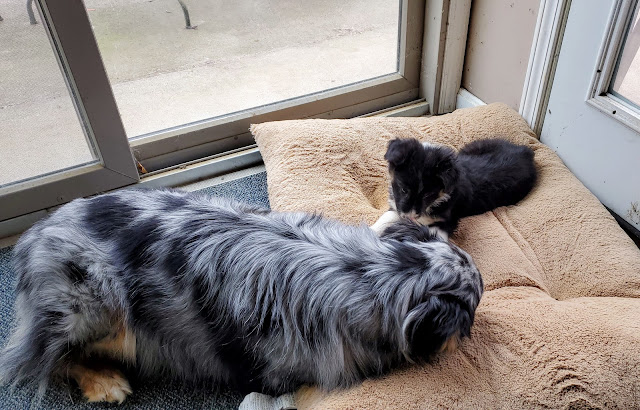 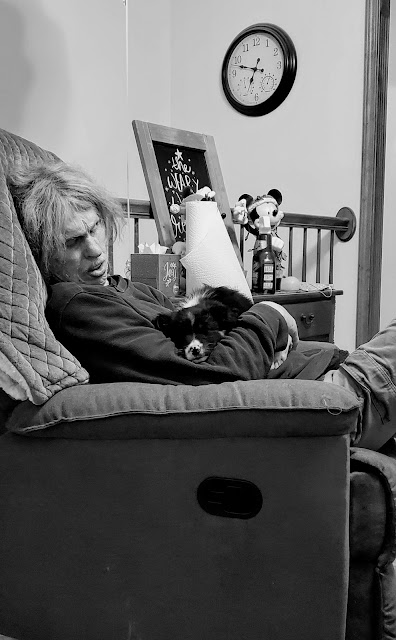 Sunday, I woke up to check out my dough that I had mixed together on Saturday night. My first attempt at making bread.  It's something I've always wanted to try & was so intimidated by it.  Who knew it could be easy to make a simple no-knead bread.

When I woke up & saw my dough had rose, I felt like I had just won the platter from The Great Baking Show.  I was anxious to see how it would do in the oven... 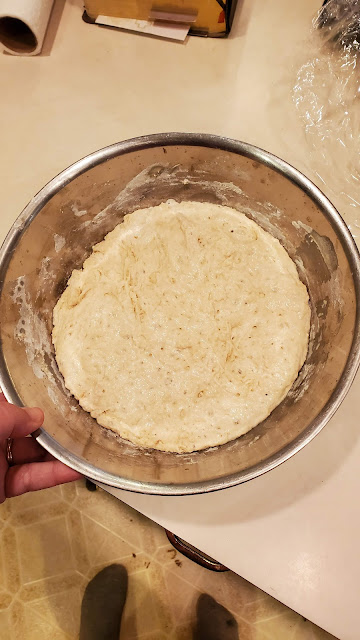 ... but an hour later, when my kitchen smelled like a Subway shop, I was pretty happy & excited.

The crust was a little crunchy - but the inside was soft & warm. I slathered some butter on it & YUMMM!!!! 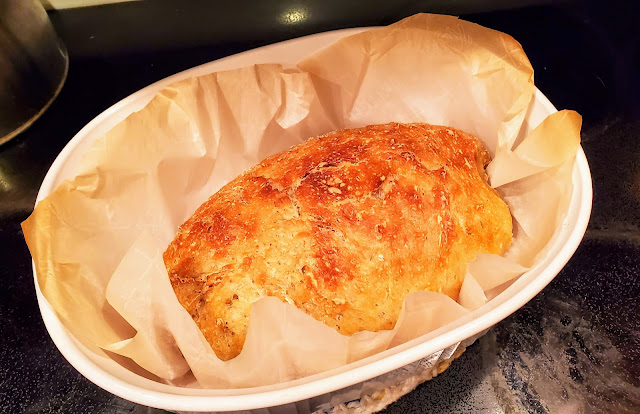 Only later did I read you're not supposed to cut it for an hour or two. oops.  Live & learn.

I'll be making some more again real soon.  You can count me out on doing a carb free 2021.

The rest of my Sunday was full of ambition... I needed to run to Sam's Club to pick up some stuff for work & also to get some puppy pads... but it was (again) gray & cloudy & COLD - so COLD... & I just didn't have the motivation to leave the house.  I did good to just stand outside to make sure Ozzie went potty in the yard.

I did get my Christmas stuff down... which feels super weird.  The Hubs even said, wasn't Christmas just 2 weeks ago?  Because he's used to me leaving up all the stuff till at least the end of January.  But I went ahead & took it all down because for the first time ever, we have a dog that wouldn't leave the tree along. Granted - he's a pup, but we had gotten Ernie at the end of November & he was young & never once bothered the tree.  This guy? He would grab the bottom limbs & the ribbon that was hanging & run & tug it. I had to catch the tree from toppling over a few times - so forget that.  Everything came off.   & all the decorations came down.... 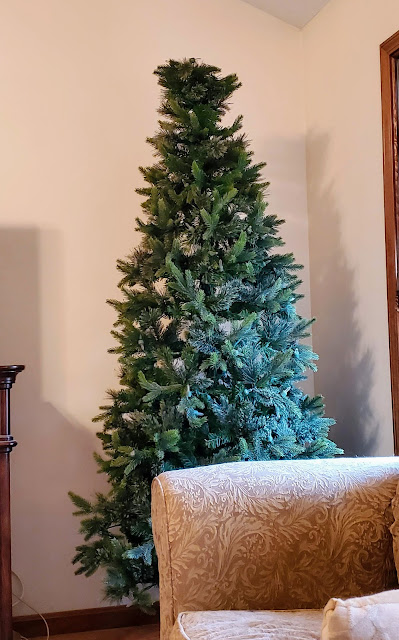 We still have 2 group of presents still to do Christmas with family - so I just got some boxes & put the gifts in & will put them in my library until we can get together.  But it's always so weird to have that empty room feeling when Christmas is put up.  .. I mean, my room isn't empty by far with a huge play pen in the middle of it for Ozzie... but, ya know what I mean.

What were some other highlights of the weekend:

* We got our Echo Shows hooked up - loving them
* I ate my first Goo-Goo Cluster. How have I never had one?
* Took Ozzie over to meet my mom
* I finished Season 4 of the Chilling Adventures of Sabrina... & really at a loss at how it ended. Yuck!
* Broke 5 finger nails in one day... sigh...
* Tried to protect Zoe more than anything. Ozzie is OBSESSED with her & wants to crawl in bed with her to play & bite on her face like he does Ernie & she's having NONE of it. You wouldn't either if you were 112 years in human years.
* And to leave your day with a cute note.... this is how Ozzie has been taking his naps with The Hubs. This is the same man who says,  I'M IN CHARGE HERE... yeahhhh... these dogs know they have him wrapped around their little finger paw. 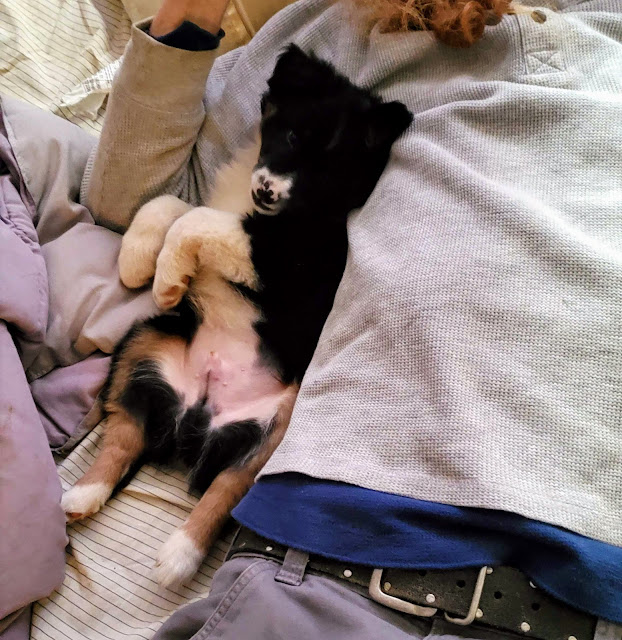 So .. how was your weekend?

Do you have any bread baking tips? Give them ALL to me!!!

Is your Christmas down yet?

Do you have an Echo Show?  Any trick or tips I should know?