The weekend that was a winter wonderland

I was off yesterday with Martin Luther King Day & I'm going to be all frazzled now on what day it is the rest of the week. It's not like its a struggle anyways since working from home....

I mean, I had 3 days in the weekend - you would think something exciting would happen... but you'd be totally wrong.

This is basically my whole weekend, right here.... 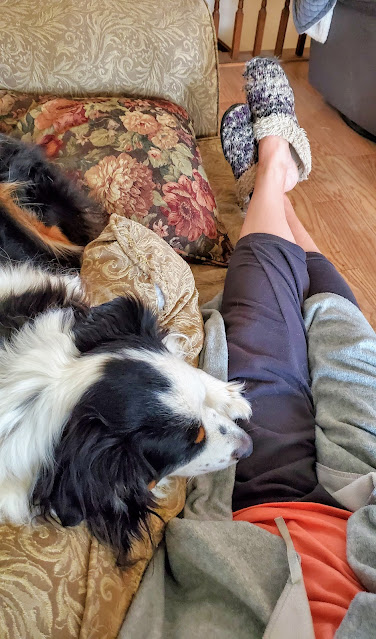 I'll give a quick update on things....

* Mom is still in the hospital.  They actually moved her to a rehab facility last night - which she has fought tooth & nail about going.  But they doctors refused for her to come home without some rehab therapy.  We'll see how long she stays.  As for her COVID, the nurses said she did really well with it.  Mom said to her, her worst symptom was the headache.  She'll be in quarantine at her new facility so more staying tucked away in a room by herself.  I know that makes her anxious.  Hopefully she'll feel better soon & they can help her get some strength back.

* Ricky & I got tested.  The doctor said that Ricky had a lot of drainage & she could hear tightness & congestion in my chest, so she wanted to do the test that you send off & has a more accurate reading.  We were supposed to get our results yesterday but we didnt - I dont know if its the holidays or what.  But we're both feeling fine.  I have had some coughing, but my ears are STILLLL giving me issues (The doctor looked in my ears & there's STILLLL a lot of fluid  on them!!! WHYYY???) & when I do this nasal spray, it causes drainage so I've been coughing with that - so that's totally where my congestion could come from.  We'll see though. 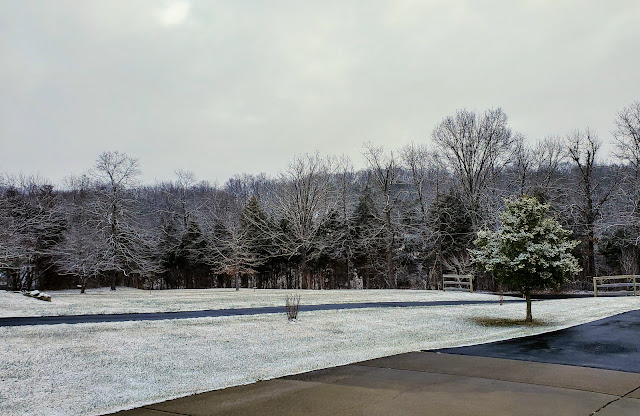 * They told Ricky & I to quarantine until we get results back so we  basically just stayed on the couch for the entire weekend, except to take care of the horses & mom's cats.  I ended up watching so many things I've been wanting to catch.  Finally got to see Crazy Rich Asians - which I really enjoyed... I remember hating the book & not being able to finish it.  Glad to see how fun& beautiful the movie was. 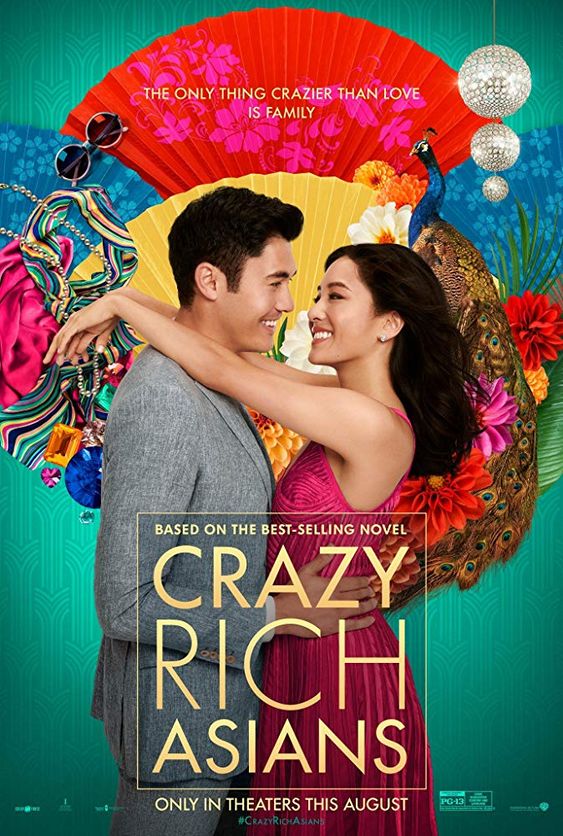 ... also watched Last Christmas. I remember wanting to see this at the theater last year (what's a movie theater????) & was glad I didnt spend the money on it. I was really disappointed in it. Didnt enjoy the first half of it at all. I did enjoy the end of it but man, if I wasn't on a couch & too lazy to get the remote, I would have turned it off. 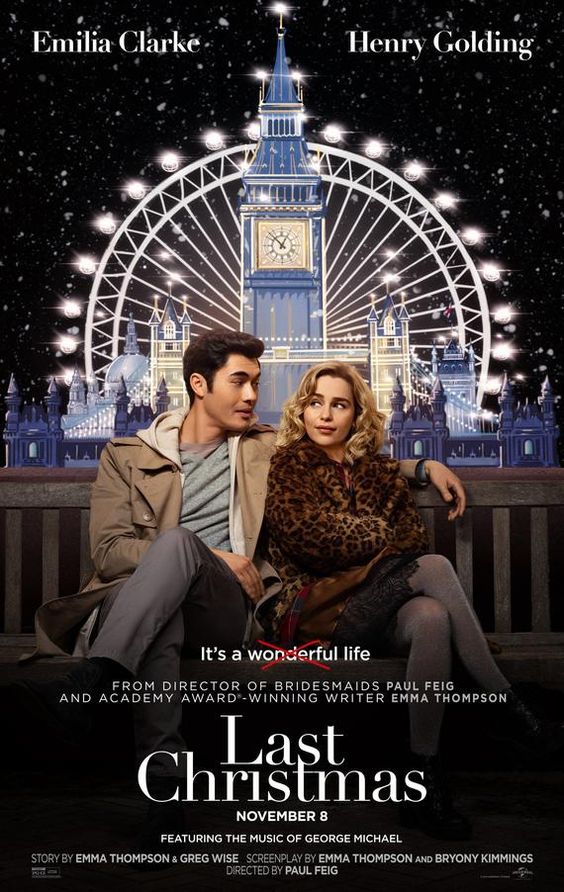 * I started working on a crochet blanket I had started yearssss ago & decided to do a few more rows on it. Its so long.... like the length of my couch - so this will take a long time... but it has inspired me to want to work on some other crochet projects. I need to learn more crochet skills.  Crochet tends to be easier on my bicep tendonitis than knitting does.

* We've got Ozzie's official name now.  You know we got his name from Oswald Cobblepot - the Penguin from Batman.  Well, I started watching Titans on HBO Max - which is about some of the other DC characters.  Well, Robin - the Boy Wonder is on there... & his last name is Grayson.  We were watching it & I said, WAIT - I like that name - Grayson.  Ozzie is the side kick here with the other boys & plus, with all his black & white - that makes gray...so his name is officially Ozzie Grayson Vincent.  Got a villain AND a superhero name.  & we've stuck with the Batman theme. Which is weird because we're more Marvel fans than DC...but hey, we've both come to peace with it. & now, I can pull out the mom correction yell of OZZIE GRAYSON when he's in trouble... like eating toilet paper. 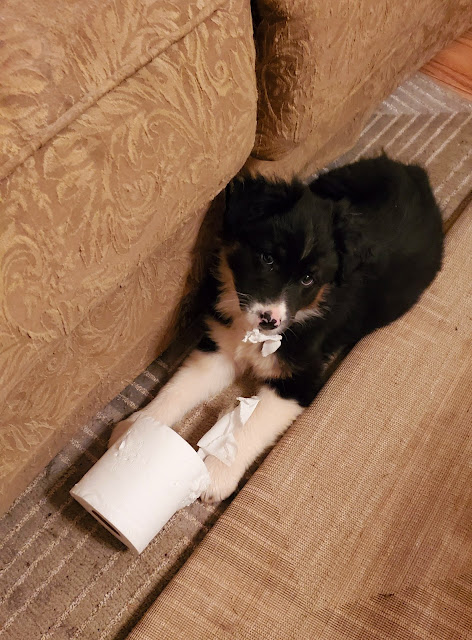 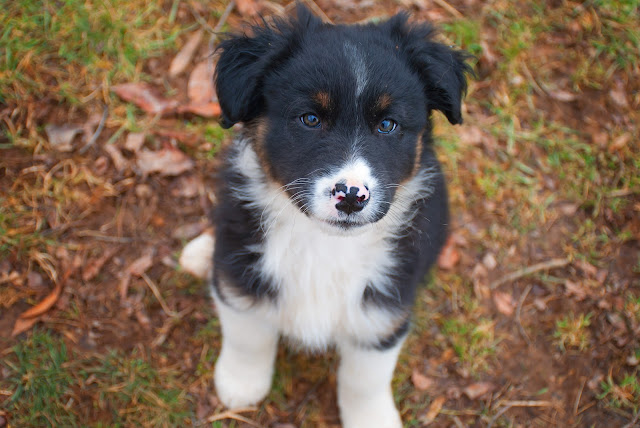 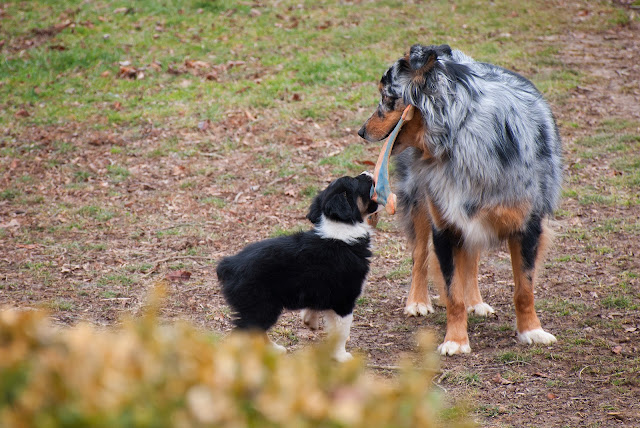 I have a picture of Ernie this size pulling with Harvey... feels like yesterday.. now he's the big brother.

So... how was your weekend?

Did you get a long weekend?

You get any snow?