Sunday - May 1 - We're not going to DIE!!! ... but someone did! .... Yep, if you look at my post from last week on what I THOUGHT the news report was going to be about, it didnt come true.  But the news that Bin Laden was dead came across the TV..... what a weird surge of emotions.  So thankful they captured this insane man... so afraid for the thought of what an eternity for someone like that could be.  I felt like this was a historic moment, so had to snap the TV to capture just a moment of it... 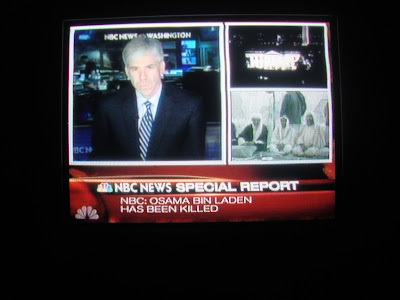 Monday - May 2 - Youth Dinner at Chuy's ... we got a Chuy's around here.  A Mexican place that just opened & has a line out the door everyday.  But we ended up getting a table quickly for our youth leader dinner.  It was so YUMMY!!! I got a Burrito "as big as yo head" ... really!  That was its name.  But this was the ceiling of the room we sat in... how fun! 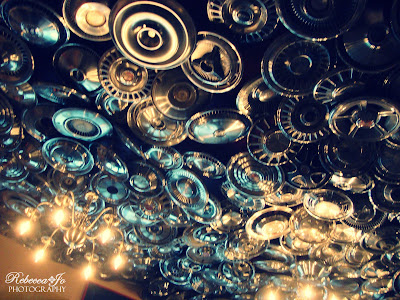 Tuesday - May 3 - Rain just wont stop.... it just feels like the sun isnt ever going to shine again. 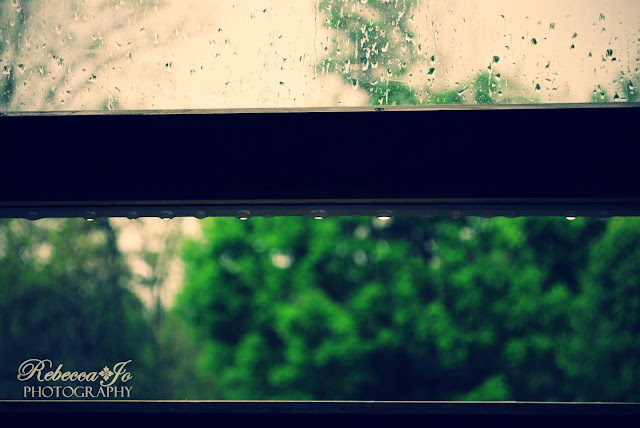 Wednesday - May 4 - This is what happens when you dont stop scratching your ears... yep, you get the "CONE OF SHAME" ... Poor Buffy.  She is the most clumsy dog anyways, but put this on & she knocked over every chair in the kitchen, my desk chair, knocked over the vacuum & laundry basket... & would RAM it in my knees 104 times... I think she did that out of spite... 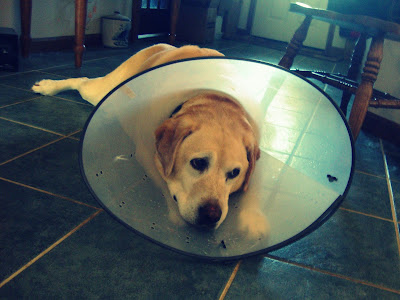 Thursday - May 5 - Half Marathons calling my name.... There are two new half marathons coming up in the Fall.  One on October 30 - the next on November 12 - so 2 weeks apart from each other.  I know for sure I'll do one of them.  But my running buddy, Corey, has told me to do BOTH... BOTH?  At first I thought he was nuts... but I keep pondering the idea.  I felt really good after this past race... even started running again on Monday.  So why not?  If I keep up training, then by Fall, I should be able to do 13 miles, then 2 weeks later, do it again... Ricky only tells me I've done gone & lost my mind...I believe his exact words to me were "Don't die. OK?  You're not that young anymore" ... I'll hold my comments to myself on that... 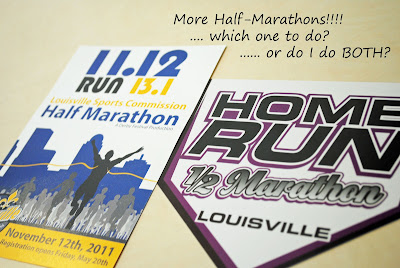 Friday - May 6 - Happy Hour.... I love when Starbucks has their Frappachino Happy Hours.  From 3-5 they are half price.  Julie has gotten me hooked on them, & the reloading your gift card for points through Starbucks.  So when I go with my little gift card, even though I've paid money to load it up back up, it doesnt feel like I'm spending anything... Plus, its HALF OFF!  Its all just a mind game, isnt it?  But its a yummy mind game. 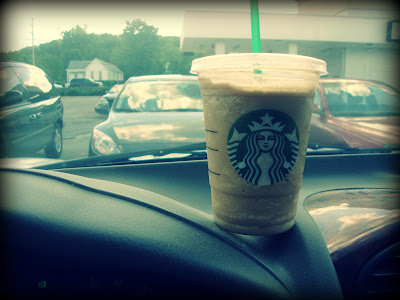 Hope you've all had great weeks... full of sunshine.. & celebrating your moms, or letting your children celebrate you!