Louisville Cardinals win... & take it out on couches 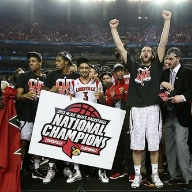 Yep.... we are the champions

& its true, I haven't watched one basketball game all year long... not even in the NCAA Championship.

I've had better things to do... like get caught up on "The Following"

But it is all the talk around town, as you can imagine.

Look, even my nieces are getting into the action....


I'm always one for fashion so I've obliged.
Yesterday, I wore a red shirt with a long black peasant skirt

Today, I woke up & saw that the Cardinals won the championship

No, I didn't even watch the game last night.

I had to watch Andy Dick bring me to tears dancing a Viennese Waltz... See, I have priorities
I did turn it over before I went to bed... to see they were like 13 pts behind & then I still didn't really care, so I went to bed.

But on the news & all over Facebook, EVERYWHERE, the news of the win was in my face.

AND, the Lady Cards are in the Women's NCAA Finals tonight (which is kinda cool that our local school has both teams in the Finals)... so its another red/black day.

I don't own that much red.

If we had a team with green or grey, I'd be set

But its finally warmed up a bit & I remembered some pants I have... RED!

Another day to act like this is important to me... 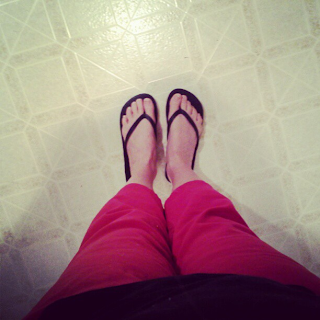 But the one thing I don't get on the news reports... over & over, they keep playing the crowds of people that gathered in the streets last night...

& the sport of choice?

I had no idea there was so much enjoyment in it, but apparently, it brings oodles of fun.

Who brings a couch out of a house & puts it in the middle of a street & douses it with some sort of gasoline & thinks, "This is the most fun I've ever had!"?
.... Apparently Cardinal fans do.

What did those poor innocent couches do to anyone?

See - I'm wearing these colors for my own protection