So instead of 8 questions for Hodgepodge, I thought I'd just give 8 random thoughts today...
about something that is near & dear to my heart... DANCING WITH THE STARS!
(That's my dad's cue to say, "I'm not reading today's post)

I know a lot of people are watching "The Voice" that's up against it, but I always jump in that show when they get to the battle rounds.  No use watching people you're going to forget in a month's time, only to see they were booted in a 20 second slot :)

Plus, what would I do with my fringe pants & glitter make up if I turned over to "The Voice"?


1. I never thought I'd give up votes for Andy Dick... But I have actually been voting for him.  He's not the best dancer, but I'm just rooting for him.  Now I don't think he'll make it far, & I don't think he really should, but when you have a handful of bad dancers, let him be the last of them to go.  I think he NEEDS this more then any body there to give him some confidence.  Carrie Ann is right when she says, "You've won the hearts of the people"

.... & I just want to see Sherri Shepherd back in the audience freaking out over him too :) 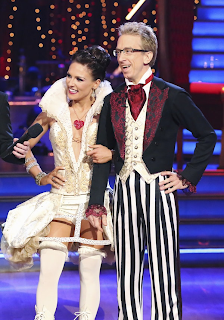 2.  Is it me or is something wrong with Jacoby?  Why does he always make the most stupid looking faces & act like he's a 12 yr old boy or a reject from the cast of Revenge of the Nerds? 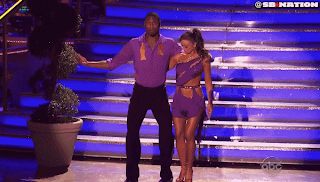 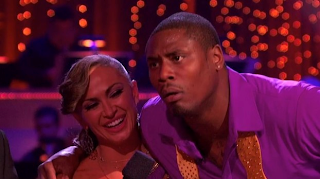 I thought he'd be a definite winner when I first saw him in the cast announcement - how he came out & got his groove on.  He can move - no doubt... but I cant get past the stupid attitude.


3.  Can Bruno please dance in every Encore performance?

4.  Zendaya is 16 years old?  That is crazy... especially when she acts more mature then a no-name-mentioned-football-player-who-makes-stupid-faces.  I always hate they have Disney kids on here though - such an advantage.  They hire these kids because they can dance.  I do love to watch her dance though.  Very elegant - very trained.

I think its going to be particularly awkward though when it Rumba time... Val, Mr. Sex Pot, with a 16 yr old girl, doing the sexiest dance of them all?  Yeah... Zendaya's mom is gonna be on the side lines giving a stink eye to Val.  This ain't no Kelly Monaco. 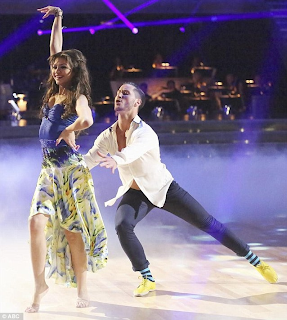 5.  Someone just needs to get DL Hughley off the show.  He obviously can't dance, but he's got a bad attitude about it too.  If you cant the heat, get out of the kitchen.  Or put it in dance terms, "if you cant take the glitter bombs thrown at you, get off the floor." He's feeling 'bullied' & attacked when the judges score him MORE then generously?  Take a note from Wynonna, who just says, 'They're right" when she gets low scores.


6.  I'll admit - I'm a little disappointed in the gymnast, Aly.  She's no Shawn Johnson.  I do see improvement though so hoping that she's gonna keep getting better & better.  I just don't think she has the 'umph' that Shawn brought.  Glad to see that Mark seems to be less cocky then normal this year too.


well maybe not ALL screen captures... because they turn bad pictures into things like this 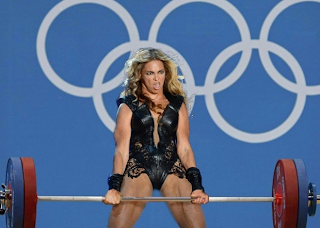 7.  Speaking of Wynonna... I feel so badly for Tony Dovolani.  He always seems to get stuck with the 'dont bet on them to win' dancers.  Kate Gosselin - Martina Navratilova, Kathy Ireland, Wendy Williams....At least he won the All Stars last year.  Give him that same contract that Derek has - the one where you get the good dancers every year.


8.  Which leads me to my FAVORITE of the YEAR..... Kellie Pickler.  I love everything about her.  Her body is slammin' - her hair is adorable - her personality is precious... & girl can MOVE!  I'm giving all my votes (except for a few throw outs to Andy Dick, until he's gone) to her.


LOVED when she turned to the lady in the audience & patted her hair & was like "That is sooo kute" - yes, with a "k" because that's how I make it with a country twang.  I'm telling you - I want to bring Kellie home in my pocket & to be my best friend.

So who is your favorite this year?