My morning war cry, a 50 cent lottery winner & Adam Samberg in Beauty & the Beast is the BEST! {Thankful Thursday #232}

Hubs saves the Big Brother Day!
I went to turn on the TV Sunday evening to watch Big Brother & find out that Direct TV Now no longer carries CBS.  Thanks Big-Wigs that can't come to an agreement for a contract. Geez.  I wasn't about to turn off the settings on our tv's to get to a antenna channel - which most of our TV's dont get good reception on them anyways for local stations. I said, that's it - I guess I cant watch for the year.  & then the Hubs to the rescue! He has a little TV - I mean LITTLE! He got it years ago & always uses it to turn on & watch when he takes a bath #mandiva ... but I never use that TV (I'm more a music person & I take showers) so I just forgot all about it.  So when he got it out, was able to find CBS on it - for some reason, this little tv is the only thing that gets antenna reception well in our home - & VIOLA - Big Brother.  Right in my lap. Literally. With a tv that small, I was holding the TV a proper distance for old eyes to see.  It did the job!

Sweet encouragement
I have the most kindhearted friend who is always filling my  mail box with encouragement from afar.  Snail mail is just the best for hard times.  Little square pieces of paper with a stamp on them & a surprise of sweet words inside.  Thanks Christina for every card you send my way & always lifting me & my family up in your prayers!!! 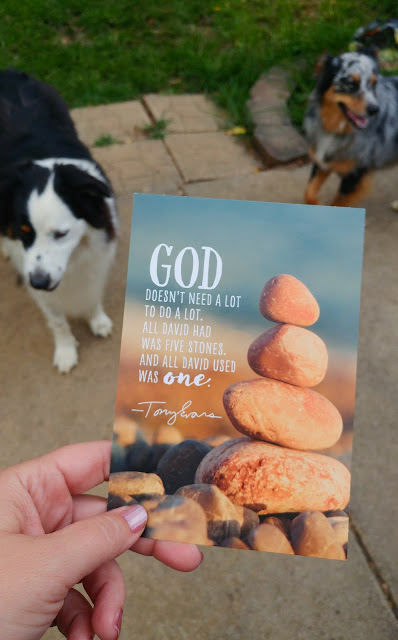 A gorgeous summer week!!!
Last week, we had a break from humidity. It was GLOROIOUS! Beautiful breezy mornings & even more magnificent evenings. The kind that you want to just sit outside & squeeze every bit of reading till the light disappears.  Why cant every summer night be like that?

Kroger Fuel
I have been letting my fuel points die lately - I just never go near the Kroger gas station when I actually need gas.  So I was on E & thought, Nope, I'l driving that way... & good thing too when gas was back up to $3.00 a gallon & I had 50 cents off! Why does that feel a little like you're winning the lottery?


Alexa in the morning
I seem to play one song over & over again when I'm getting ready in the kitchen before leaving for work. The song changes every few days too .. but this week, "Raise a Hallelujah" has been the go-to song.  I love cranking up a good worship song & screaming my lungs out before I head out. Sort of like my war cry for the day.

Dogs safe
Ricky had to take down those last few sections of our fence to reset the poles & it made me nervous that we had this HUGE GAPPING hole.... obviously, we werent going to leave the dogs out - but what made me nervous was Ernie & Harvey go to Ricky to wake him up in the middle of the night to go out.  We have a doggie door so they can get in & out on their own, but when Mr. Ernie likes to talk to all the critters & wildlife at 1am - the doggie door goes on.  So Ricky just stumbles in & opens it in his sleep - which is EXACTLY what I was afraid would happen.  So I put the doggie door on - put a chair in front of the door & turned on the house alarm to wake him up if he went in that way :) Next up was going to be some sort of bucket of water over the door to pour on his head to REMEMBER TO NOT LET THE DOGS OUT.... all is well & the fence is put all back together again. Let the doggie door opening commence. 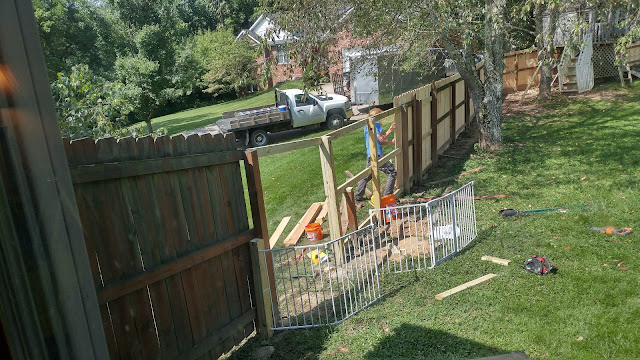 Planner Stickers
No secret if you have known me awhile - I love my planners.  My bullet journal & my Erin Condren. & we all know how addicted I am to pens & markers & just anything that makes paper look pretty. So when my planning buddy Liz told me about the Plum Paper having a subscription box with monthly stickers for a planner - SIGN ME UP!  It's only $10.00 too! How do you NOT enjoy all that beautiful glory???  I was anxious to get my first month to see how they looked. Oh my gosh - they are just so much fun & I've already got my first week decked out in style with them.  Already looking forward to September's. 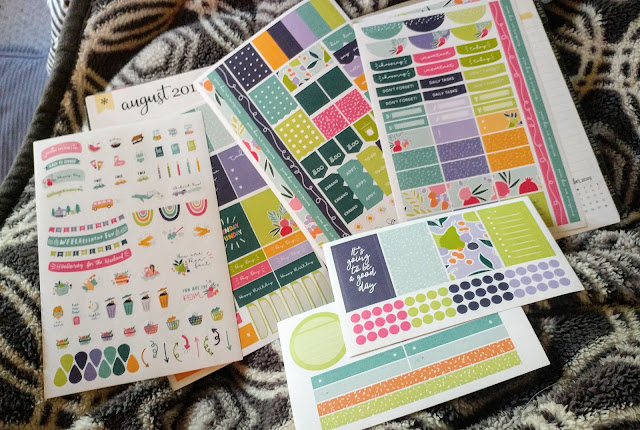 Beauty & the Beast
My dear dear friend Kelly reached out to me & asked if I had heard Beauty & the Beast was playing at a local theater. I had not & she said she was getting us tickets to go check it out. She's such a theater nerd too - except she takes it up a notch & even likes to PERFORM in them with her gorgeous voice. Me? I'd be a back row dancer.. .but I'd still love to be in a musical one day - THE DREAM - anyhooo.... It was so nice to see her & her husband.  We got to chat up before the show, during intermission & a little bit after.  Such a good time.

I have to say, it was probably the strangest version of Beauty & the Beast I've seen though. The director DEFINITELY took a creative license with it - which sort of messed me up. This girl can recite the whole show right along with Belle - scoot over girl.  But the lines were all different - the songs were in different places in the show - it was just a new way to see it. 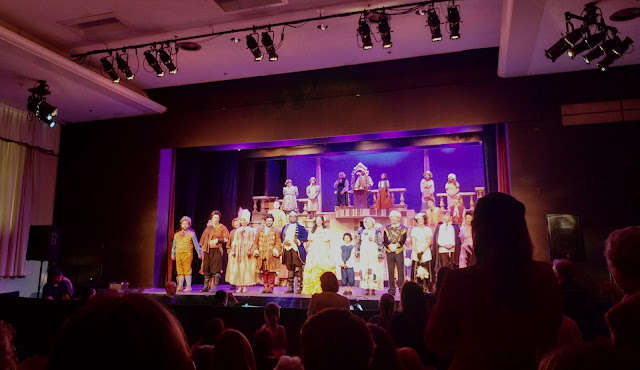 The Belle was fantastic - GORGEGOUS with an even more stunning voice.  The highlight for me though - there was a young man - had to be like 16-18 age...looked just like Adam Samberg - he was an extra - but EVERY TIME he was on stage, he stole the show for me. Caught my eye every time.  ... here's an example - when they sing Be our Guest & the part where they are all groaning & sad about not being able to serve...

Too long we've been rusting


Needing so much more than dusting
Needing exercise, a chance to use our skills!
Most days we just lay around the castle


Well, this dude was in the background giving this WHYYYYY GOD motion.

That moment right there was the highlight of the whole show to me - I'm not even joking - it was hilarious.  He was so over the top in every scene... & I was there for each & every dramatic move.  This kid needs to be my child.

I saw him after the show & told him how much of a scene steal-er he is - he lit up & thanked me so profusely. I think I made his day... but not nearly as much as he made mine.


So tell me... what is the best thing that's happened in your week?

You are invited to the Inlinkz link party!
Click here to enter