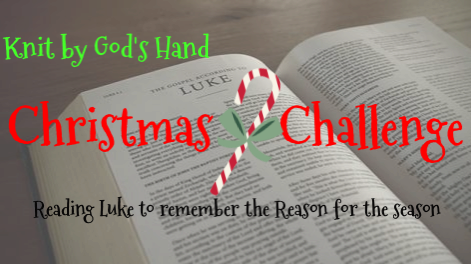 Just for reference sake, I guess I should have mentioned yesterday that I'm using
the NIV version


4 So Joseph also went up from the town of Nazareth in Galilee to Judea, to Bethlehem the town of David, because he belonged to the house and line of David.

*This always just makes my heart happy to see that God didn't forget Joseph in all this. It's Joseph's lineage that connects Jesus to the line of David like the prophecy's say.  How much honor is that for Joseph in a situation where he could feel so left out & not a part of this miraculous event.

6 While they were there, the time came for the baby to be born, 7 and she gave birth to her firstborn, a son. She wrapped him in cloths and placed him in a manger, because there was no guest room available for them.

* I'm sorry... but can you REALLY imagine this?  I know I would have lost my mind thinking, NOW?  I'm having this baby NOW?  & we have NO WHERE TO STAY?  I would have been a nightmare. Come on - admit you would too, right?  You so know there is more to this story.  Unless women were just really THAT submissive, which I'm sure is a possibility.

But I guess you think about women & all they had to deal with during this time - having to live in a tent while they have their period, being claimed "unclean"... can we just take a moment & PRAISE THE LORD in the time we live in? ... All the women say AMEN!

10 But the angel said to them, “Do not be afraid. I bring you good news that will cause great joy for all the people.

17 When they had seen him, they spread the word concerning what had been told them about this child, 18 and all who heard it were amazed at what the shepherds said to them. 19 But Mary treasured up all these things and pondered them in her heart.


* I think its so interesting how these shepherds go & tell everyone what they saw.... a sky full of "heavenly hosts of angels"... singing angels!  & a baby exactly where they said he would be - & wrapped  up exactly how they said he would be.  Can you imagine this in today's "Viral" days?  How fast it would spread?  & it still spread even then.

But we see Mary ... BUT MARY... how calm she seemed to be in all of this glorious chaos.  She seems to just want to keep Jesus in her own care.  Her baby.  She probably saw this baby in her arms & thought of everything that the angel told her would happen 9 months previous. She had to think how Joseph looked at her when she told him the news.  How the town looked at her with a growing belly.  & here was this baby in her arms.  BUT MARY.... she took it all in. Soaked it up. Let her heart just fill up with love to see the face of God right before her.

34 Then Simeon blessed them and said to Mary, his mother: “This child is destined to cause the falling and rising of many in Israel, and to be a sign that will be spoken against, 35 so that the thoughts of many hearts will be revealed. And a sword will pierce your own soul too.”

* I had to read this a few times & think, "THIS IS A BLESSING?"  I envision blessings in the Sleeping Beauty sort of way. "You shall have Beauty.  You shall have Grace".. .not This child is destined to call the falling of many.... That's not in any Disney film.  But its the truth, isn't it.  We dont like the truth when its harsh & scary & something that seems like a hard road ahead.

My friend from work who is also doing this challenge - we had to talk about this part of the story... what it all meant.  & we got hooked on the last sentence "And a sword will pierce your own soul too"... As a mom, could you imagine Mary seeing everything Jesus had to go through at the cross?  Can you imagine sitting at his feet while he hung by his hands & feet & died a slow, painful deal.  I would think it would very much feel like her own soul was being pierced.  ... I'm sure we'll see this when we get down the road of Luke.

36 There was also a prophet, Anna, the daughter of Penuel, of the tribe of Asher. She was very old; she had lived with her husband seven years after her marriage, 37 and then was a widow until she was eighty-four.[e] She never left the temple but worshiped night and day, fasting and praying.

Second - I love that it mentions her age. I mean, no one really wants to go down in history as the old gal, but isn't it encouraging to see that here is this widow & she was staying active. She never left the temple.  She stayed there & worshiped & prayed.  You have to imagine that people knew who she was & that they would talk to her, ask her for prayers, even pray along with her.  She made her life useful even in her passing years.  I love this.

42 When he was twelve years old, they went up to the festival, according to the custom

* This is going to be one of my first questions I have when I get to Heaven.... what happened in Jesus life growing up?  We skip all those "cute" years. Those first steps... those first words... those first carpenter wood items he made... What was his first solid food?  Did he cry when he scrapped his knee or just heal himself? I want answers.

43 After the festival was over, while his parents were returning home, the boy Jesus stayed behind in Jerusalem, but they were unaware of it.

* The scripture every parent loves in the Bible #notalone #parentfail

49 “Why were you searching for me?” he asked. “Didn’t you know I had to be in my Father’s house?”[f] 50 But they did not understand what he was saying to them.

* I never really understood how Mary & Joseph "did not understand what he was saying"... did they forget the whole virgin birth thing?  Did they forget who Jesus is?  Did they just get so used to him being with his siblings & living a normal life that they forget the power in this young pre-teen boy - which in that time, is nearly a man.  ... or did they not want to think about it?


Chapter 2 shows us the PEACE of a mother... the HOPE of two older people who was waiting on their coming Savior... the LIFE of a 'normal' boy, who is nothing but normal.


What did you find in Chapter 2 that stuck out to you?