The weekend that donuts made everything better

Anyone feeling the butterflies of Christmas being so close????

We start family celebrations this coming weekend so its time to buckle down & get this party started.

I really got it started when I was off work on Friday.


I had scheduled my yearly mammogram & me & my mom were planning on going shopping so she came with me to my appointment & it went fast & not so painless.  I always hold my breath until I get the ALL CLEAR on these things ever since they found that little area in one of my breasts.  The tech told me if I didnt get a phone call by Monday, then its probably all clear... so I'm just starting at my phone right now praying for it NOT to ring.  Wanna lift up a prayer with me? Thanks. 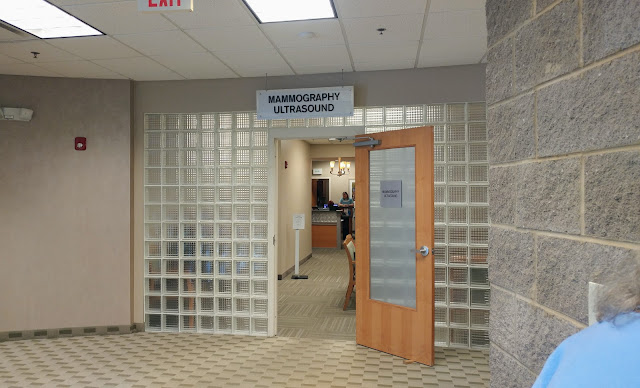 But mom & I shopped for quite a few hours - enough to make my feet hurt & get her hip hurting... & then we went to fuel back up.  She's all about pasta so I took her to Rapid Fire so she could make her own pasta dish. She had never been there before & she loved it. 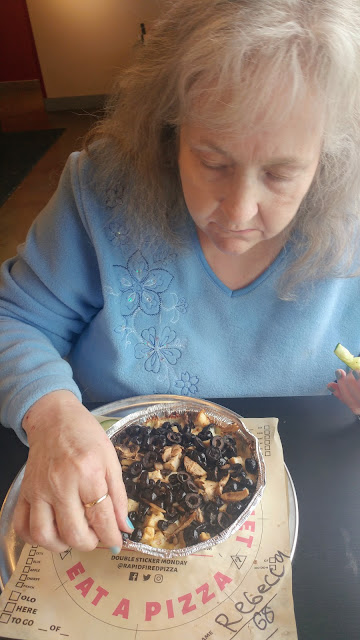 Saturday, Ricky & I sort of waited to see what the weather was going to do because we had to let Baby out but we had seen on the radar that rain was going to come. So we were planning on letting it flow through before we let her out....

I spent that time getting my planner ready for the week.... 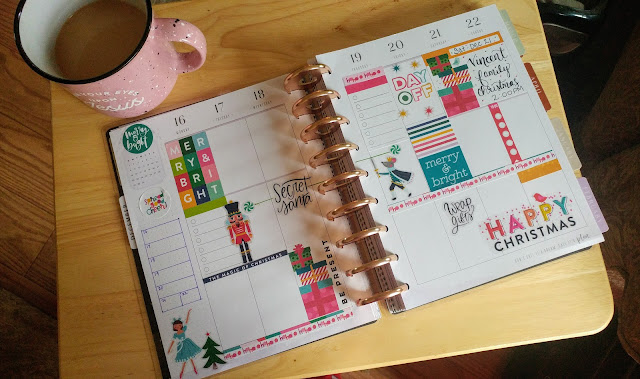 & started watching Unbelievable on Netflix... loving it so far. About 3 episodes in.

We finally headed over to let the horses out & neither one of us remembered boots.... & let me remind you that it's been raining basically all week.  Mud wrestling anyone?    Both of us were just stomping through the mud & it was AWFUL.  Cochese was slipping & sliding so when Ricky slid enough to get his leg in the mud, we said, nooooope, we're not letting little Baby run through this stuff.  She's got a big area in the barn though so she's fine... we just had to clean it up & feed them & get the guilt eyes from that cutie girl.

We were such a mess, we had to stop at the store to get some Clorax wipes for our shoes & for Ricky's pants & some paper towel.  My new car is now christened with YUCK.  I gotta stop today on the way home to vacuum it out.  Ew.

We spent the rest of the night shopping.  I got so many people marked off my shopping list.  Good bye money.  Nice knowing you.

After that kind of day, on the way home, Ricky told me to pull into Krispy Kreme... I dont have to think twice.  We got a dozen chocolate glazed donuts! YASSSSS.  That's a treat after a long day on our feet. 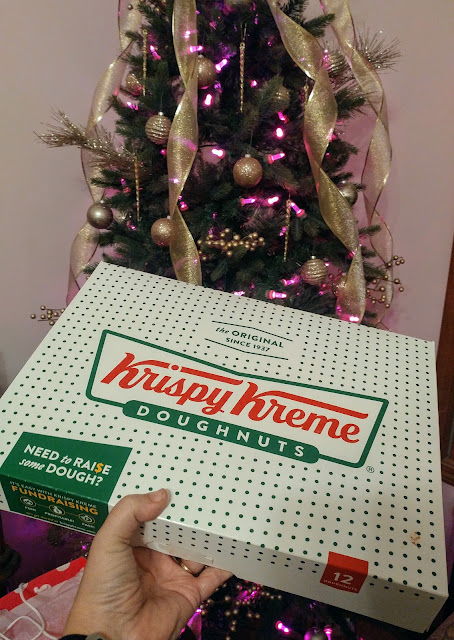 I ate 2 on the way home - Ricky ate 3... so we were both virtually ready to throw up by the time we pulled into our drive way. #sugarrush

No wonder I couldnt fall asleep till super late....

Sunday, it was church time.  But I wanted to give Baby one last time to get our & run.  I remembered the boots this time & took my time & got Cochese in the big field & Baby got to run free most of the day.


Church was lovely as we had our last service in HSM for the year. CHRISTMAS BREAK YO! 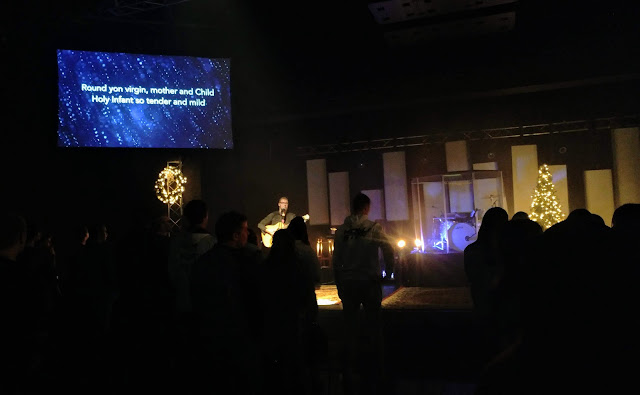 
The rest of the night just flew by. Sunday's do that, dont they?  It's just not fair.

But I did start on Christmas wrapping - so there's progress in my Christmas life.  I literally do not have one present under the tree still though.  I've got boxes sitting in my living room & organizing on where presents go, which home they will travel to, & keeping them all boxed up so when we go somewhere, we just grab the box & load up.  Functional - Yes.... Pinterest pretty - no way.  But I dont think I've ever been Pinterest pretty in 99.9% of my life.  That 0.1% is the hot second that my home is clean & no one breaths.... Then its over.

So here we go... last full week before the Holidays - are you ready?  When do you start with Family celebrations?

Did you get your mammogram this year?