*Anyone else watch Glee? I loved it... that girl that plays Rachel can sing... as in "that girl can SAAANNNGGGG" (Spoken with much attitude). I think I replayed "Take a Bow" like all day Thursday! And Jane Lynch (the cheer coach) - if she doesnt get nominated for some sort of award for comedy, I dont know what's wrong with this world! I watched it a few more times & caught more things she said the second time around.... hope the show keeps up the greatness! 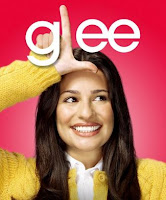 *Every time I get my hair done, the back of my head hurts for a few days afterwards from the sink... that happen to everyone else or do I have a tender head?

*I've heard of Sleep Apnea... I think I have a new condition called "Awake Apnea".... for some reason, I noticed that I hold my breath alot during the day. I was sitting at my desk, not feeling well & thinking, take deep breaths - then I realized I was holding it.... then throughout the day, I'd catch myself holding my breath!!! What's up with that????... now I'm all conscience of it... but I am still doing it...if anyone sees me out walking & I'm blue - remind me to breath please...

*Anyone else watch the mess that is called Jon Gosselin on Good Morning America? Oh Jon, why oh why would you go on TV & try to make yourself look better only to sit on the edge of your seat & come off like an angry man whose having a mid life crisis? I know life with Kate couldnt have been easy.. but dang dude... a reality show with Kevin Federline & Lindsay Lohan's dad is going to make your life seem like it makes sense? Oh Jon...

*its a sad time.... the time is creeping backwards! Its now officially DARK when I drive into work... & the sun is setting earlier & earlier... time for me to go into my shell of depression...

*Anyone else have bad handwriting days? Some days, my handwriting is so neat, & crisp & clear... other days, I dont care how hard I try, it looks sloppy & messy... what's up with that? 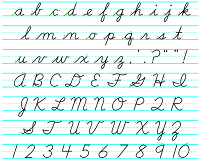 *Spat of the week: Big Brother! Hey, its not my fault... Ricky seems to ask EVERY TIME Big Brother is on if I want to watch a movie... I told him he asks just at that exact time so he knows Ill say "Not right now, Big Brother is on"... that way, he can go watch his shoot um' up, action boy movies, instead of a chick flick... I'm onto his game!


*I'm ashamed to even admit this... I totally forgot September 11th was coming until I read it on someone else's blog.... I dont mean I forgot what September 11th is.... I just didnt realize the date was coming up! I was looking through pictures of it all & its still just horrifying... one of those things I can remember everything about the day... from watching it on the news in our office - never leaving the TV - stopping to get gas on the way home cause everyone thought it was going to be like $7.00 a gallon, sitting in line for hours there while listening to the radio - scared what the next day would hold... what a sad day... 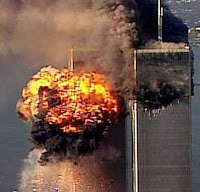