Is it Friday already?  Not complaining...I'm exhausted & ready to rest for the weekend (or at least rest for an hour or two of the weekend)... so lets "frag" - shall we?

*The Mini-Marathon Training has officially started... I ran just this week 12 miles!  Next week, I get amped up to 4 miles every other day with a 2 mile run in between... oh mercy!  But I'll tell you, when I start a new week & the miles are amped up, its TOUGH... but I'm seeing by the end of the week, my heart rate is more level, I'm stronger at the end of the run... in just a week's time, your body adjusts THAT quickly!  What a strange thing our bodies are! 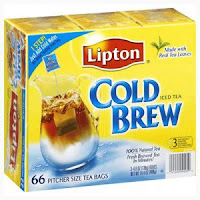 *I'm now addicted to Lipton Cold Brew Tea!  I gotta drink SOMETHING during the day with shaving down the Diet Coke addiction & I found these little individual bags that I can put in my mug, put ice on top, use cold water & 15 minutes later, I have a really good cup of tea.  And yep, not even adding sugar!  That's HUGE for me folks!  But I'm getting used to the taste, & really enjoying unsweetened tea now.  For a Southern-girl - that may be against some sorta code, so dont tell anyone...But I'm averaging now about 2-3 Diet Cokes a day & I'm trying to cut that down even to one, & then eventually none.  Think that's still bad?  You have to remember, I would EASILY drink about 10-12 Diet Cokes in a Day... gasp!  Would Dr. Oz like to get his hands on me?

*Tax time has begun.... my hands have been KILLING me at work from boxing files & preparing for returns.  They've hurt so bad that I havent even knit like 4 nights out of the week.  I must quit my job... 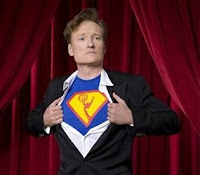 *I'm taking a stand... TEAM CONAN!!!! Jay Leno needs to go on with his selfish-self!  How is he going to step down, hand over the show to Conan, make Conan move his family across the country (along with the crew & their family) & then say, "I want it back?".... shame on you Jay Leno... I didnt care for you before & I really REALLY dislike you now.... I hope Conan comes out of this with a killer deal from someone!

*How many of you all had "Pants on the Ground" stuck in your head after watching American Idol Wednesday?  Ricky & I literally sang it until we fell asleep...

*SPAT OF THE WEEK:  I will not be putting up a spat of the week... why?  Because my husband totally redeemed himself after last week.  Friday evening, when it was like 5 degrees outside, he came in & handed me his Snuggie & told me I could use it... THEN, Saturday, he ran out to the store & came home & handed me a bag... with?... Yep, my very own Snuggie... funny how the stupid, small things in marriage can make you so happy...But never fear, another week will go by, so I'm sure next week, there will be fresh new "Spats"

*You've heard me talk about my dear friends, Joe & Emily & their daughter, Emily, who was diagnosed with Infantile Spasms... they started a blog about their journey with this condition... If you get a chance, stop by & give them some encouragement... http://ourbeautifulemily.blogspot.com/ 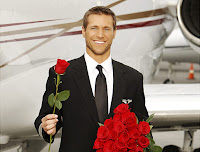 *Bachelor Drama - I believe Rozlyn totally set up all this drama so she could drag it out for even MORE drama... I mean, once these girls gets kicked off, who hears from them again?  So why not set it up where you're on every entertainment cover & interview show?  Just my opinion... glad she's gone though... dont care for people who think they are too hot for the world... Weirdest line from last weeks show: "Do you wanna make out with my forehead?  You can make out with it all night if you want"... weird, just weird

*Anyone excited about the Golden Globes?  I normally dont care... but gotta cheer on my "GLEE" cast!  Go Jane Lynch!!!  Go Lea Michele!! Go Matthew Morrison!!!  Hope they win something! .... Hope Jay Leno doesnt want to take over their show (dont get me started again on that man)