*Grey... grey... & add in a touch of blurrrr.... that's what its looked like around here all week!  It is like we're living in some sort of scene from a movie - a HORROR film!  Because its just been cloudy, rainy & FOGGY all week!  Fog even during the day - the entire day!  I dont remember what a yellow sun or a blue sky looks like... I'm very glum because of this too by the way...

*I'm shocked.  I saw pictures of Prince William the other day & he looks so much older!  He's even struggling with balding already!  I remember when he was born & he's already loosing his hair?  Oh, I dont even want to think of what that means for me & how old I am.... 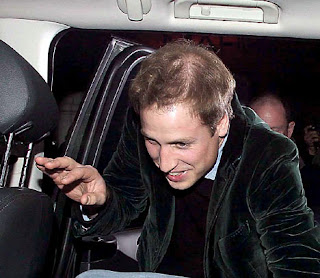 *I get "Facts of the day" on my Google page & saw today that the average woman eats 6 lbs of lipstick in her lifetime... maybe I need to just start smearing chocolate on my lips - 6 lbs of that sounds much better!

*SPAT OF THE WEEK:  The THERMOSTAT!! I know most husband & wives argue about this, but its getting ridiculous!  We got our electric bill in the other day & yes, we had a spell where it didnt even get out of the teens for the highs for a few days... so our bill was pretty high.  The highest one we had.  Ricky has gone into overdrive & is constantly turning back the heat.  Now, I'm a cold nature person.  I'll sit in my office at work during the Spring with my heater on... no joke!  So I've been walking around our house like the Michelin Tire man because of all the layers.  Last night, I had on long underwear & heavy sweat pants over them... a tank top, a t shirt, a sweatshirt & then ANOTHER zip up sweatshirt over that.  Plus, I put the hood on & tied it tight around my head... AND I was under covers... and I was STILL cold!  Ricky thinks I'm doing that just to make him feel bad but I seriously was that cold!  So if you dont hear from me on here for a few days - check to see if I'm frozen in my own home!

*Anyone else catch the new show on TLC "One Big Happy Family"?  I love this show... its a look into the world of an obese family & their struggles fitting in with the "real world" & their trek on loosing weight.  This family just is adorable though.  I love the mom & how sweet her heart is for her family... they all just seem to love each other & its great seeing a brother & sister get along so well... you really should check it out if you havent already.  (I think it may be on hiatus until Summer though) 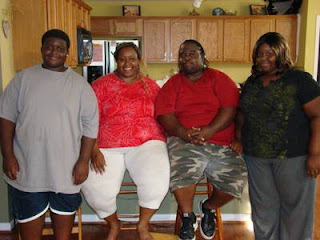 *If you havent ever seen this blog, & are interested in doing a "Bible in a Year" sorta thing, check it out:  http://www.oneyearbibleblog.com/  It really is nice.  Gives you the reading for each day & then adds a little "thought" & pictures that go along with it, even maps that may make things clearer... & I love it because they add a song to go with it for the day, a thought, a prayer & memory verse... it really is a nice site... totally recommend it!

*For the Bachelor fans... how happy are you that crazy-Michelle got asked to leave?  THANK YOU JAKE!  And I'm confused... I thought "Reality Steve" said Elizabeth was in the final four, but she got booted this week.  (Thank you again Jake for calling her out on her stupid "Make out with my forehead" thing!)  Did I read that wrong?  I've gotta research it again... PRAYING he's wrong because if you havent read it & you dont know who he says is the final girl... oh, I gagged & puked when I read it... so I'm hoping he's wrong!

*Kudos to GLEE for winning a Golden Globe for best Comedy!!!!  Was totally hoping Jane Lynch would pull through though... Toni Collette?  Seriously?  Who even knows she HAS a show?  Jane Lynch should have taken that  by a land slide!!! 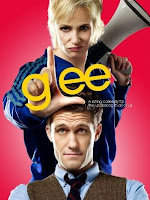 Happy Friday everyone!!!  And if you see a blue sky & a yellow sun, can you ask it to please come visit us in the Kentucky/Indiana area?