Can I get a WOOT WOOT for Friday?  Let's frag, shall we? 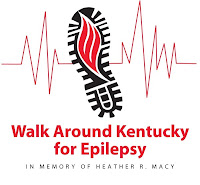 *We're preparing to get our sweat on tomorrow!  You know we love our baby Emily (like how I say "our"?) & tomorrow, there is a Epilepsy Walk that lots of people are ready to hit the pavement for "TEAM EMILY"!  (Another WOOT WOOT is needed!) Its also going to be like 95 degrees... egads!  But that's OK - we'll stay hydrated, I'm planning on pouring water over my head if need be, & we're going to walk in support of that beautiful little girl & everyone else who deals, fights, struggles & WINS over Epilepsy every day! 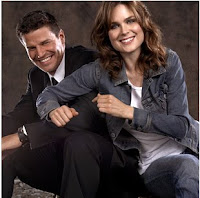 *Netflix is my friend.... I usually, during lunch, will catch up on all my shows on Hulu, but its summer time so I dont have any shows to catch up on.  So what was I to do?  I pulled up Netflix & saw where you can watch all the old TV shows that are out on DVD.  The girls in the youth are always talking about "Bones" - so I started on Season 1.  I fell in love instantly.  Being an old "Buffy the Vampire Slayer" fan anyways, David Boreanaz makes me happy... except when stories of him cheating on his wife come out!  Boo on you David!  But I am loving watching all the episodes of Bones.  Can I say, Emily Deschanel is an odd looking woman though... dont know what it is, but she's just odd...I think its her eye brows or something...

*Ever listen to Pandora?  Again, at work, I listen to that for most of the day.. (How would I work without the internet? First Netflix, now Pandora!!)... but did you know you can create a new station & for what artist you want, you can type in "Glee cast" ... & the songs from Glee - the ones they sing & the originals & even more kinda songs in that genre start to play.  For all you Glee fans, you'll enjoy it... 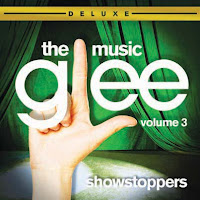 *Speaking of GLEE... I still have not gotten the newest CD - only because they are still sold out!  What is this?  The new iPad?  They have the regular CD, but the one with the "extras" - which includes the song "Home" by that cute little gal, Kristin Chenoweth - keeps selling out!  I have a rain check for the CD... a RAIN CHECK for a CD... how crazy is that?

*Watching The Bachelorette?  Then you know this man in this picture is INNNN-SAAANNNEEEE! But in a funny, entertaining, keep him on TV kinda way!  He randomly breaks out in song & just reminds me of Elf - make a song up as you go along.... ("I'm singing... in a store....) Then Kasey goes & gets a tattoo on his arm to represent him "guarding & protecting" a heart.  All because Ali told him he wasnt being "real"... running out to get the tattoo shows how real you are... how REALLY CRAZY this man is. .... the BEST line ever though was by Kirk who said after yet someone else picks up a guitar... "What this shows needs is another man singing"... haha!!! I almost fell off my couch & spit Diet Coke across the room simulatneously!  I want him to win just for that line alone!

*SYTYCD!!!!  Forget the contestants this year (...still love you Kent & Alex!)... but I'm so dang excited to see Mark back!  And then Twitch came out... & Neil???? Oh man... its like a little piece of my dancing heart just jumped for joy!  It definitely was no shock to me to see the bottom 3 this week were all girls.  Season 7 is going to be the season of guys.  Old & new. 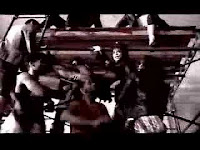 *Talking about dancing... I heard on the radio "Cold Hearted Snake" by Paula Abdult & thought about that video.  Remember when it came out & it was so "racy"... haha!  Who knew what was to come in videos... with things like Lady Gaga in clothes that I dont really consider "clothes".... how different the world is... but now, are you singing "Cold Hearted Snake"? .... look into his eyes... he's been telling lies!

*And speaking of dance again... have you seen this video?  Seriously - I am in awe of the moves on this kid!  How does he know to move like that? Latin Salsa runs through this kids blood!  I see him being on SYTYD in about 15 years...