*Crazy Frag ... I was driving to work yesterday, going 52 in a 50 mph zone, everything going just fine, when I see this red truck zooming up behind me, riding my rear & then he's flashing his lights at me & honking his horn.  I'm thinking I got a flat tire or something... so he goes to drive around me & he literally is leaning out of the window & screaming & flipping me off & cursing me.  I just started laughing... that guy must not have had his morning coffee... or Prozac... whatever works for him.

*Even CRAZIER Frag... I told Ricky about the morning flip off... & he said "Was the guy in a red truck?" ... then he went on to describe the guy!  This SAME man did the SAME thing to Ricky.  Ricky was probably a few miles ahead of me!  Isnt that nuts?  We need to start a Facebook Fan page of the "Crazy Driver in the Red Truck" 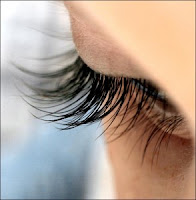 *Depressing Frag ... I thought I noticed something yesterday when I put my mascara on, but thought, "Nah, that's just my imagination".  But alas, I saw it again this morning - driving me to sulk a bit.  What am I talking about?  A GREY EYELASH!!!!!  ... Oh, I just sulked a bit more saying that... Me & my 10 yr old dog now match with our grey eyelashes... you're eyelashes grey too?  I'm going to buy more stock in VERY BLACK mascara...

*Doll Memories Frag ... I want to go see Toy Story 3 so badly!  I keep hearing though that its very sad at the end... oh no... I already have a hard time anytime I see Toy Story 2 when Jessie sings "When She Loved Me"... & she gets lost under her girls bed & then when she's found & sent to the a charity drop off... That scene & that song made me want to go home to my parents house & pull out all my doll babies that have been tucked away for years....  Anyone seen Toy Story 3 yet?  Do you need Kleenex?  Did it make you want to go get your toys out & love on them?
*Where were you Frag.... I cant believe its been one year since Michael Jackson died.  Do you remember where you were when you heard?  I'll never forget that I was making supper & Ricky came running up with his xbox headset on & said, "They are saying on here Michael Jackson died".... I told him his xbox friends were nerds & to tell them to stop spreading rumors"... when 5 minutes later, they broke in on the TV... Look at xbox being the hot place for news! 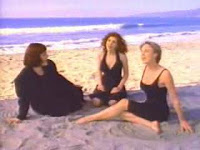 *Wilson Phillips Reference Frag .... Ricky is so bummed cause he has to work on Saturday - & working in this heat has about drove him to exhaustion - literally!  Its really wearing on him.  This morning, he was saying how he was looking so forward to next weekend (A holiday weekend) but he didnt know how he was going to make it through the next few days to get to there.... I grabbed his shoulders & with all seriousness said, "Let me share some wise wisdom I once heard from 3 ladies.  You've got to Hold on for one more day... things will go your way" ... he just shook his head & mumbled something about wondering how he lives with me... Who doesnt want wise advise from Wilson Phillips?

*Are you KIDDING me Frag ... anyone else see Vienna on Entertainment Tonight yesterday?  With the fake crying?  & how she has never been in this for anything but love?  & how she's such a victim?  & how I was sitting in my kitchen watching, gagging, screaming "Are you kididng me?" ..when she talks in that soft, whiney voice, I want to throw something into the TV.... will someone please make this girl go away?  And did I hear that this "poor thing" who isnt in the relationship except for love, & not fame, is now headed to the new show "The Bachelor Pad"?  .... geez.... 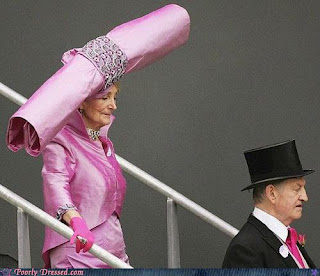 *Fashion Frag .... I saw this hat & just stared for quite a long time wondering how you walk in it... does it balance?  Who thought to put tons of rhinestones around it?  How do you walk in a room with it?  Do you have to turn sideways?  And can you roll it out for a nice blanket to have a picnic on if you so choose to do so?
Hope everyone has a fantastically fragulous Friday!