Want to join along in Project 365?  Just click on the button below to visit Sara's blog...

Sunday - March 13 - BEASTLY!!!! ... we met up with Lindsay & went out to eat, went shopping for awhile & then headed to go see the movie that I've waited for almost a YEAR to see - Beastly!!!! I loved it... but how could I not when its based on "Beauty & the Beast".  I almost had a heart attack though because the movie froze in the first few minutes of the beginning.  Then after no one got up in the theater, Ricky went & told the manager.  They restarted it, but the color was all messed up.. UGH!!!  Then, the big moment at the end... THE FILM SKIPS TO THE END... credit's.... it skipped over the whole ENDING!!! I literally screamed "NOOOOOOOOOOOOO!!!!!!!!" .... People were getting frustrated.  Ricky came to my rescue again & didnt waste time - he ran out to tell the manager.  They back tracked the movie about 10 minutes & this time, the end was played... whew!  They did end up giving up tickets to come back for another movie.  (ya think?) ... but here's Lindsay in the lobby with a cut out.  Ricky was too busy hiding from us.  I got giggling so loud about this because it really looked like it could be her! 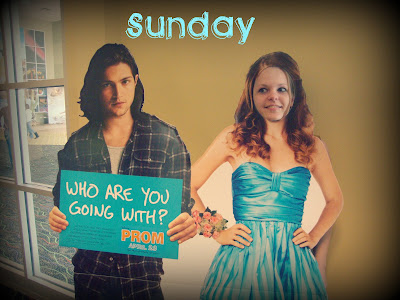 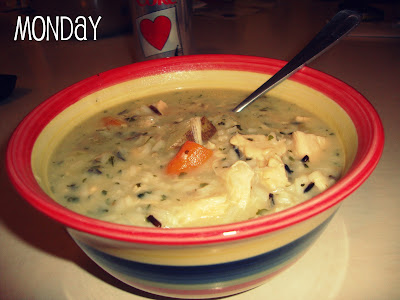 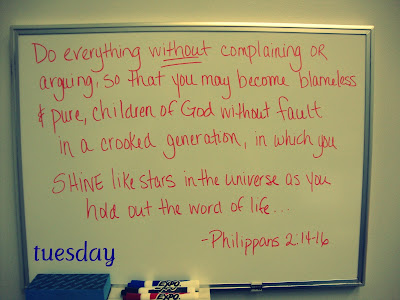 Wednesday - GOD Gonna Knock you OUT (devil)!!!! .... I saw a ring like this on Amy's blog (check her out - she's pretty fab) & asked her where she got it.  She sent me a link on Etsy & I immediately bought it.  Its a ring that goes over 2 fingers.  I put it on & Ricky was like, "That's like a gangsta ring... brass knuckles" ... so I told him its what I'm gonna knock the devil out with!  Appropriate because I was leaving to go to the Youth Group for the night :) 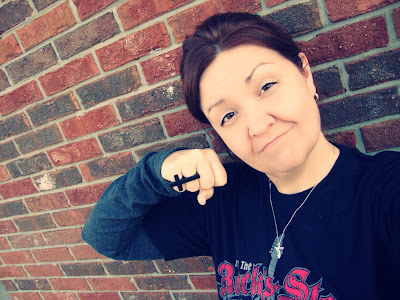 Thursday - March 17 - Spice World ... Since I'm getting "into" cooking lately, I needed to see what spices I have bought lately.  I'm going to keep a list of what I have on the inside of my cabinet so I know what's in there & I dont end up buying 2 of the same spice... Score one for me on being organized. 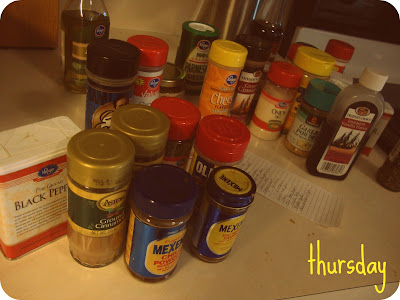 Friday - March 18 - Night with the Twins ... I got to hang out with my nices.  Goodness gracious - its just fun to hang out with 6 yr old girls.  I think I'm even going to do a post all in itself of some of the things they said.  I remember them being so small... & now, they are all about choosing where they want to eat, what they want to do... minds of their own.  How does that happen? 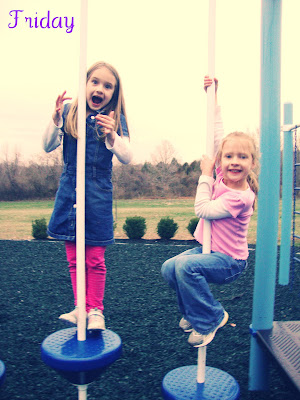 Saturday - March 19 - its what holds me together... I got 8 miles in today... MUCH better then the previous run.  And this is what my knee looks like now when I run with the KT Tape.  Doesnt look like much, does it?  But it makes ALL the difference in the world... I honestly feel like it holds my kneecap together... how weird is that? 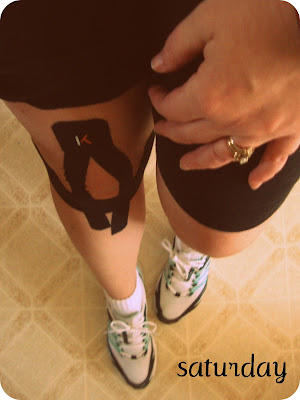 Cant wait to see what your week look liked...