Sunday - March 20 - Big Sunday!!! ... all those people standing up front?  They were getting ready to get baptized.  How cool is that?  Plus we have many families join our church.  It was a great way to kick off Spring - a time of "new life" .... 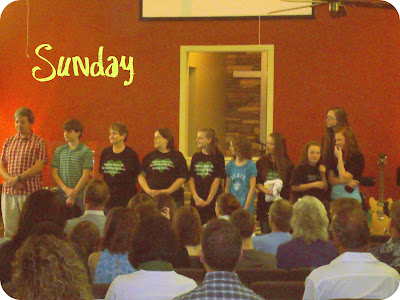 Monday - March 21 - Start of a new season... getting ready to kick off the season to live-blog "Dancing with the Stars".  I was debating doing it again this year, but I just knew I'd be sitting on my couch with all kinds of observations anyways, so might as well - right? 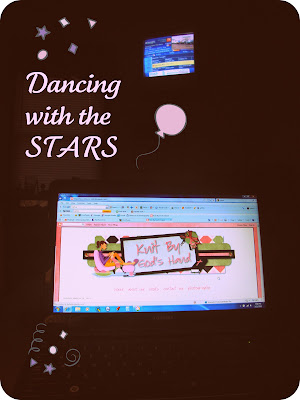 Tuesday - March 22 - Check the Specs... I went to get my eyes examined.  I can tell a difference since I'm creeping to the big 4-0 (lets not talk about that please) ... but I used to wear glasses growing up due to lazy eyes.  I can kinda see the "lazy" coming back too.  When I get tired, they REALLY turn in.  So yep, I had to order glasses. I was there by myself so I had to rely totally on the young lady helping me.  She basically picked out my frames... I hope they look OK - I dont even remember what they look like... this could be scary.

Wednesday - March 23 - Broken Down... I was getting ready to walk out the door to go run & I thought, I better call Ricky & check on him before.  He was having problems with his car.  Lo & behold - he JUST broke down.  (How's that for instinct?) .... but his car was totally STUCK.  You couldnt even get it in Neutral so it just sat & blocked an intersection.  This cop came up & was so jerky about it.  He said "You HAVE to move this car"... well, its not like we wanted to have it in the way.  He took the keys & headed over to "move it for us"... well, what do you know... he couldnt get it out of park & couldnt do anything about it either.  I wanted to say "BOO YAH"... but didnt think that'd be too smart.  He ended up sitting behind Ricky's car with the lights on because people kept pulling behind & not notcing the car was BROKE DOWN.  (people really arent observant)  Thanks mom & dad for the tow truck...every year for my birthday, they renew my AAA Membership & it always comes in handy.  Nice to have... 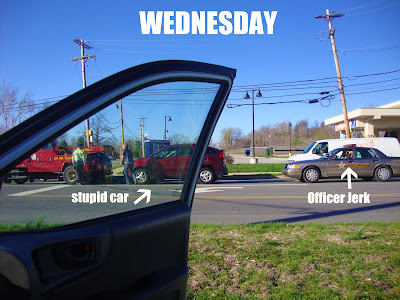 Thursday - March 24 - The FRUIT of labor :) ... It was Board Meeting week at work.  They always end up getting things to eat for the meeting, but there is always left overs.  We get to snack on it afterwards.  I love when we have all that fruit there.  Its so easy to just grab & eat.  Probably the only time of the month that I eat the healthiest.  There's always donuts & pastries too but I'm good at just munching on the fruit... 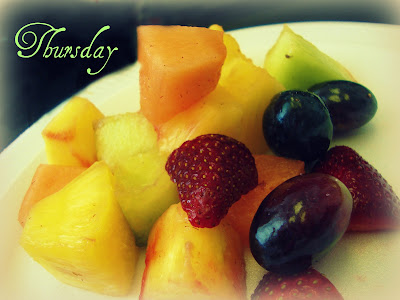 Friday - March 25 - Janis Joplin? ... I had been letting my hair dry naturally & Ricky kept telling me I looked like Janis Joplin... do you think it looks like Rock-n-Roll hair?  I just need some massive dark eyeliner & tease it up some more & a 80's rock band may be calling me! 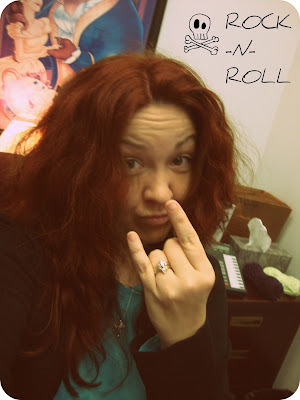 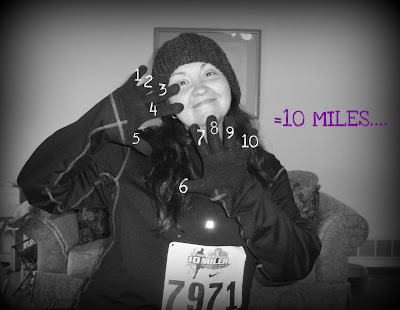 You want to join along?  Just click the button below & visit Sara who is so good at hosting Project 365.  You'll link up to many others doing the same thing... I love seeing everyone's lives every week. You will too.