.... I know Ryan Lochte didn't make the best decisions lately but I honestly felt horrible for him on Dancing with the Stars Monday when those people ambushed him by running on the stage & being in the crowd with the shirts against him.  I'm sorry... he didn't deserve that.  Public humiliation?  Really?  So all those people that called him out like that, they've never done anything wrong before?  ... I dont get people sometimes... I really don't...

... my 2nd favorite couple this year is Sharna with the race car driver, James Hinch-somethingorother.  He really did so well.  This is exactly why I love this show. I have no idea who he is & I instantly am cheering him on.  Same as when that other race car driver came on a few years ago & won it.

ok... enough DWTS - though I could talk about it all day long to anyone who will chat about it with me.

... I'm having the struggle of wanting to ride with my car windows down because of the bit of cooler air (or not in the 90's - if that's considered cooler) but every time I do, my allergies kick in full gear again. The struggle is very real.

... I'm also battling bugs in this weather. I've been wanting to take advantage of the cooler evenings to go outside & read but man, its like I'm a sticky bug trap or something because the bugs are eating me ALIVE!!!!!!

Did I mention Monday that nature hates me?  there's 2 more proofs of evidence of that fact.

... So with all the stress of last week with teeth & trips & holidays, I took a week off from working out.  Tell me how I lost 6 lbs last week?????  My new weight loss plan - NO WORKING OUT!!! ... I'm chalking up the stress to my calorie burner for last week. I'm sure it had my heart pumping like I was working out. 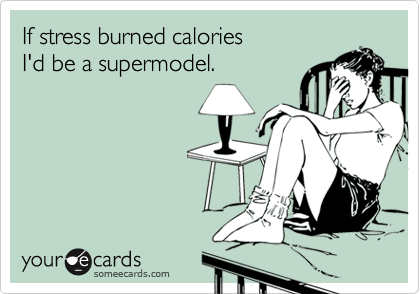 ... another reason why I may loose weight lately? I'm scared to DEATH to eat. With all these issues with my teeth lately, I'm a nervous wreck with every chomp I give. Its taking me like twice as long to eat because I'm taking itty bitty bites & pretty much chomping with my front teeth.  My new diet is going to be basically smoothies & mashed potatoes....


... everytime I hear the word AMEN, I hear the world ALMOND.  Especially in songs where its drawn out.... AMMMMEEEENNNN.   Listen for it next time you hear it or sing it... replace it with Almond. No one will know the difference.

... I cant believe its September 14th & I have yet to pull out my fall decorations.  I have so much going on, its totally slipped my mind. I am letting myself down in life.

... I am wanting so badly to go see Bridget Jones Baby this weekend.  I totally know Ricky ain't gonna be up for this one. I may have to make a solo trip... I mean, its McDreamy. 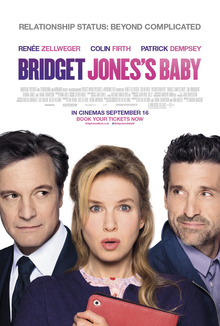 ... speaking of McDreamy, I still have the episode of Grey's Anatomy (#Spoiler) where he dies on my DVR. I can't get rid of it.  Apparently with some other things - like the Royal Wedding of Will & Kate  & the last episode of LOST.  I'm a sick puppy. So tell me something fun today!!!

Are you watching Dancing with the Stars?

Want to go to the movies with me?