The weekend we got to FINALLY see the NashFam! Happy Monday Tuesday!
I know I'm a day behind but I was super tired Sunday night because I didnt sleep hardly at all on Saturday evening & after the gang left, I was ready to take a bath & get in bed.  So I'm a day behind.

& let me know if you cant see pictures in this. With Google Photo making changes, I'm trying new ideas of storing pictures - I've had it before where I see pics on my end, but when others see my blog, they can't - so let me know if you see all the pics.

Regardless.... this past weekend was just crazy... we had ACTUAL PEOPLE stay at our house - HAHA. That's a new one!  It's felt like forever since we saw our NashFam & honestly, it kinda has. It was February 2020 was the last time they were up here.  Then the world shut down the next month.  I never thought it would be over a year we would see them.

They were going to come up Memorial weekend, but that's when COVID hit Julie again & got all the boys... COVID once again changing up all the plans for us.

Everyone is recovered & well & now, we have ALL had COVID - except for Julie's husband - & he's vaccinated - so we were finally good to have a visit.

HOW MUCH HAVE THESE BOYS GREW???? It wont be long that the 2 oldest will be as tall as me. They are such little teenagers now.  The oldest actually IS a teenager now - (GASP!!! I KNOW!)... & the middle one is right on the heels. He totally is a Pre-teen in every sense of the word.  Last time they were up, he was all about helping Pappy in the barn with the horses - this time?  He wasn't too excited to get in the barn - he'd just hang out & feed the horses treats instead. 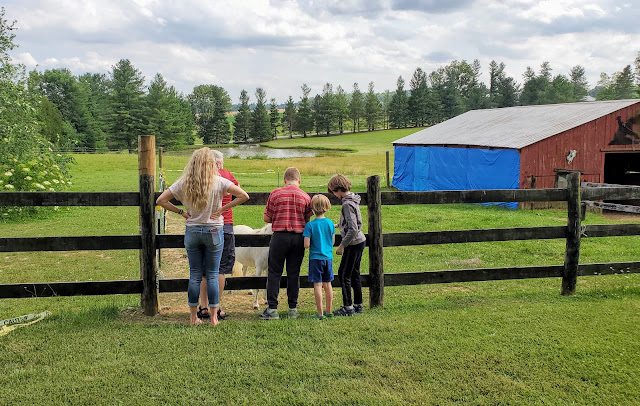 The youngest is still about his game playing... & I love a game player. I'm here for all of the fun. I remember growing up playing games my whole life.  Its fun when I actually get to break out my old games I used to have when I was a kid - seriously, the same games from the 70's.  Sometimes hoarding is cool.

The youngest also has his Pappy's love for animals. All the boys do - but William, he is a dog magnet. They love him so much. It got so bad, Saturday night, William even said, "I'm so tired of playing with the dogs"  - they won. I thought for sure he'd wear the dogs out - especially Ozzie. Nope - Ozzie just played & played & played.  I was anxious to see how he was going to do with the activity - he was William's friend from the first minute he walked in the house.
William has always had a way of being so sweet with the older dogs too. Last time he was here, he was so gentle &caring of Bruno.... This time, he was Miss Zoe's little friend. Watching her & letting me know if anything seemed wrong with her or if she needed something. She usually runs from people - but she didnt mind him being around. 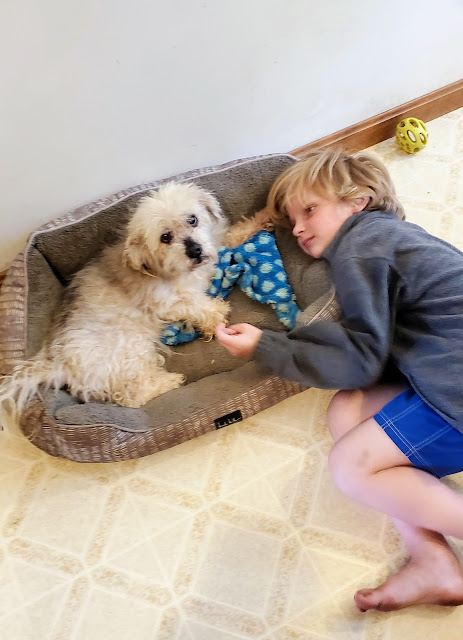 We're still not doing a lot of indoor activities or going around a lot of crowds, but we had wonderful weather to go sit outside to eat dinner & enjoy a breeze... & ice cream. 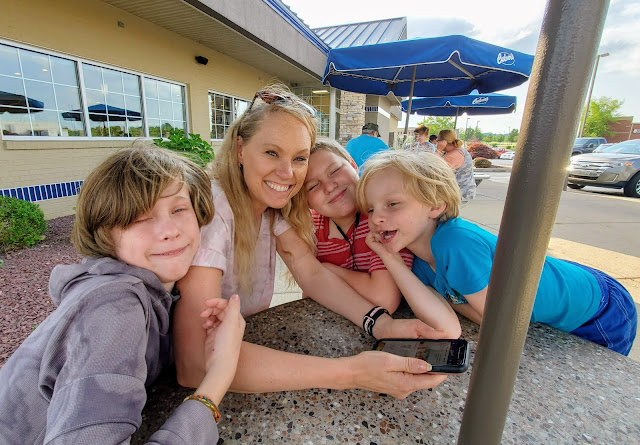 We had intentions of playing miniature golf, but I forgot to open the door for the dogs so we had to come home. It worked out fine anyways because we had some corn hole games going for the rest of the night. 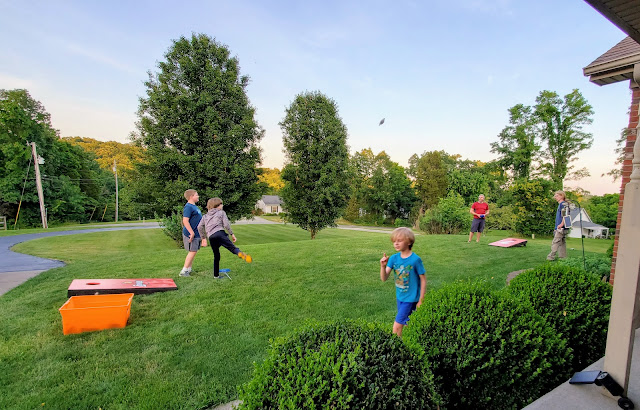 Julie & I even got in the action after the boys got tired of the game. We did pretty good too! GIRL POWER!

It really was a relaxed visit... I enjoyed catching up with Julie & having some conversations about the past year & just relaxing & having someone to chat with besides Hubby - LOL.  We had some really nice weather where we could sit outside most of the weekend & I told her, welcome to my life - this is what I've been doing for the past year & a half. #truestory

The boys were asking when they were coming back as they were packing up & I'm keeping all the fingers crossed there's no other world crisis to keep everyone apart again. geez. Who would have ever thought.  Just glad we had the weekend together because school is starting back in a few weeks (to the moans of the boys) & we'll be back into Fall before you know it.

Found this picture after they left... 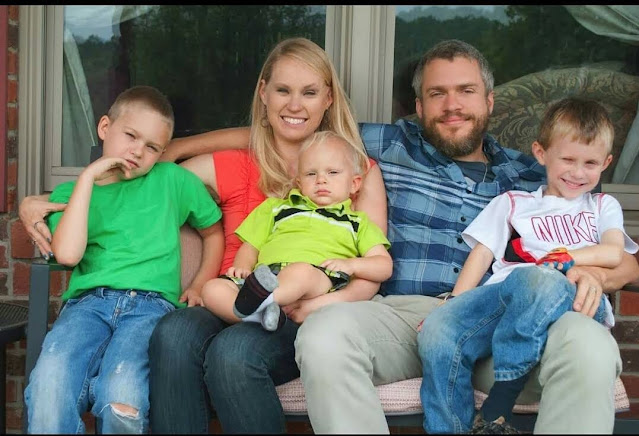 & love that I get to capture moments of them growing up... because you blink & it happens so fast. As Julie said, next time - they probably all wont be able to fit on that bench any longer. ... gotta go find a bigger one .

Do your kids love animals?

Do you love to sit outside & eat?

Can you see all my pics?