Its Friday... & its time to frag... but first, I had no idea but when I went to create a post, I see that this, today, my Friday Fragments will be my 1,000 post!!! HOLY COW!  I have a lot to say apparently!  I think Ricky is just thankful that I have this blog because that's 1,000 less things I have to talk to him about! :)  A blog is a dream for husbands of gabby wives... 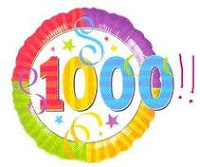 And to top off todays Friday Fragments, I saw over at the lovely Mrs4444's blog that I got the Favorite Friday Fragmenter award from last week... & what pushed it over the edge or me?  That adorable picture of my nieces!  See?  I told you they were cute!  Thanks Mrs.4444 ... it makes the 1,000 post even more exciting for me!

*****
I saw this in a catalog.... a 6 Pack Drink Holder... & it even comes in PINK.  Now, I love my Diet Coke - but does someone really need to carry around 6 drinks ... around their WAIST?  Does anyone really want to carry this look off & think they look decent?  And what kind of situation are you in that you need to tote around 6 drinks that are going to get hot? ... I guess its a new way to look at your stomach area & think "6 pack" 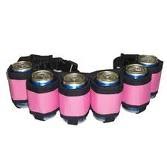 *****
So I just got a new laptop, right?  Literally, on day 30 of owning it, I started having problems with it.  When you turn it on, the fan kicks in high gear & just runs with the screen stuck - not budging - refusing to open Windows.  I called Best Buy who just told me to bring it in & then I called Toshiba.  They walked me through - had to take the battery off, hold down the start button for 20 seconds & put the battery back.  It worked... but it keeps doing it!  They told me, its getting "static in the computer" ... what the heck?  I'm not rubbing a balloon across my computer!!!  Where is this static coming from?  And I've never heard of this - but Toshiba says "This is common".... in what area of the world?

*****
A BIG Congraulations to my Canadian friend, Jennifer!  She just gave birth Wednesday with her 2nd baby!  Jennifer is one of those nutty people who have patience enough to WAIT until the birth to see what the baby is... & she had a girl!!!  Paige Rylee!!!  I cant wait to see my friend, who is on roofs nailing shingles down & building homes with her husband - now turn into a pink loving, bow wearing, baby doll toting, kinda mom!! ... nah, Paige will probably be on top of a motorcycle before she can walk & have her own pink tool belt decked out with Dora stickers! :) 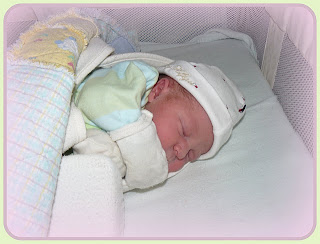 *****
So people on Twitter are pretty hilarious!  During the Chilean Miner Rescue, I created a "stream" that had comments from people everywhere about that topic... I literally choked from laughter on some of the comments... It was better then having a TV on Comedy Central.  Here is just an example of some Tweets:

*Whats up with the one miner predicting 6 more weeks of winter?

*At what point in the Chilean miner rescue/rehab are we going to bring them up to speed on Antoine Dodson? .... (Come on, you all are now singing "Hide your kids/Hide your wife")....

*If Nicholas Cage stars in a movie about the Chilean Miners wearing a fake mustache & sombreo, I'm quitting life.

& for those of you missing LOST
*Some time in the future, all 33 Chilean miners will find each other & say, "We have to go back"


*****
SPAT OF THE WEEK:  "I'M SORRY" - NOW GET OVER IT!!!.... Ever have an argument & you just go to seperate corners like a boxing ring to stop for a minute... stew over it some more?  Yeah, we had that kind of argument this week - & I cant even remember what it was over - isnt that what most arguments are about - stuff you cant even remember?  And then the bell rings & the fight is back on & Ricky says, "I'm sorry" ... & because he said those words, you're supposed to immediately be like, "Oh, ok" - commence birds chirping & rainbows coming out of the sky... No - sorry, it doesnt work that way.  Which caused another argument... Am I alone here?  For me, I gotta have some Diet Coke & some knitting & possibly a run... & THEN the bird chirping & rainbows can come back out :) 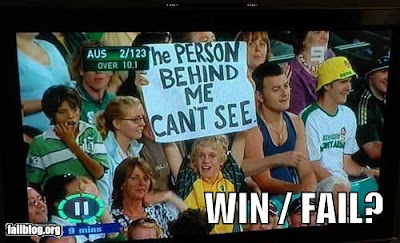 Happy Friday everyone... hope its FABULOUS!!!!