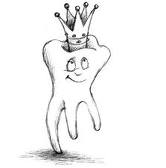 *****
which leads directly into the "SPAT OF THE WEEK" - yes, this is just from last night, but it was fun just irritating Ricky.  When he walked in the door from work, I was all like a little kid - "Look at my tooth"... the first time, he really did seem interested.  But then we'd be sitting there & I'd make him look again... then again... after the 10th time, he told me he was going to pay me $1,200 to stop having to look at it.  I told him if I was going to pay that much for a tooth, then I wanted SOMEONE to see it! ... this morning before he left for work - my last words to him?  "Look at my tooth before you leave" :)  I love aggravating my husband as much as he does me... that's love...
*****
Are you loving "The Sing Off" as much as I am?  I love the sound of harmonies & the talent these groups have... But is Nicole giving Paula Abdul a run for her money?  Girlfriend is a little ditzy...
*****
TIP OF THE WEEK:  Perfect for your Christmas cookie Baking!  If your cookies get stuck to your cookie sheet - just remove them by working some dental flose underneath... I'd stay away from the "mint flavored" floss though - unless you're making some chocolate mint cookies - then go for it!
*****
I'm reading "Under the Overpass" & its ROCKING my WORLD!  Wait until I do a book review on this... I want to get this book for everyone for Christmas - that's how awesome it is!!!! 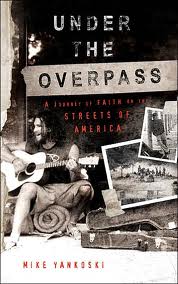 *****
So I can tell the air is officially dry... I've had 5 nose bleeds this week... yes, just this week alone.  Today's was while I was driving to work.  I had to make someone's morning if they drove by me & looked over - seeing me with a Subway napkin hanging out of my nose... I had to do something!  I've literally, no joke, had on a white shirt every time its happened & have had blood just drop all over my chest (that's how bad the nose bleeds are!)... I wasnt taking chances.  Subway napkins to the rescue.. tucked in like a bib in my shirt & up my nose.... Eat Fresh! (sorry if I just ruined someone's Subway lunch)
*****
I may have to knit this... only because I feel like Ricky keeps our house at sub-zero degrees... this has gotta be warm...I think I'd make it in pink though... 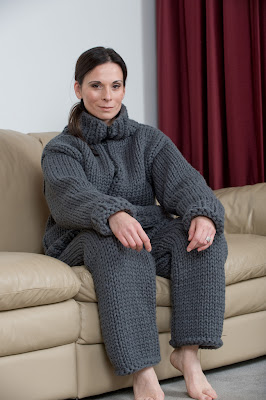