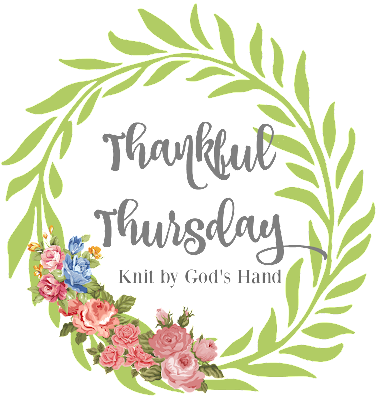 
Evaluation at work
I really am thankful that they take the time each year at work to go over how the year was at work.  That doesn't happen at some places.  My manager told me that nothing in an evaluation should be a surprise if she's doing her job right & I appreciated that.  It's been another great year at my job & besides the new desks we have (BLEH!) I still love my job. & honestly, we're adjusting to the smaller space. It's all you can do, right?  Here's to year 2!

Fast communication
My uncle in Texas is having some health issues - if you want to lift up a prayer for my Uncle Jack, I know he & his family would appreciate it.  I love though that updates & the latest news from the hospital can get delivered to the whole family in just a matter of clicks of a phone.  It really is everything that Tomorrowland in Disney World said it would be.

Chili leftovers
I always say it - chili is so much better a day or two after its made. Why?  I'm sure there's some sort of culinary reason.  My mind wouldnt understand it anyways, I'm sure - but I do appreciate leftovers that taste super yummy AND lets me off the hook for cooking that night.

Rugs for Bruno
Ricky always has bought little rugs that he finds on clearance on Target.  Not sure why - I dont complain.  We ended up using them ALL OVER the house when Sydney had bone cancer & had trouble walking on flat surfaces with no grip.  Our house was a modpodge of rugs.  So, Ricky apparently has snagged up more rugs over the years she has been gone & we now have them all over our kitchen for our little Blind guy who is having a little bit of trouble standing & walking.  He does good on the rugs though.  So once again, my kitchen looks like a bojo castle - but my little blind man can feel along the carpets & walk. Keep moving little guy - keep moving.

Hello Kindle
I havent used my Kindle in months! Since getting in the mode of stopping at the library & loading up every 4 weeks, I just havent had to charge it up.  Well, allergies have attacked my eyes lately making them water & everything blurry lately - so break out the large print of my Kindle. I forgot how much I love using it & how convenient it is to have so many books on it - free from Overdrive too.  It's like finding an old friend again.

TAB!!!!!!!!!!!!!!!!!!!!
So most of you probably saw this - but its worth noting because it is probably the best day my mom has had in the past 14 months.
A little back story - my mom has ONLY drank TAB - my whole life, its all I remember, her holding that pink can. Ask any of my friends - they will all tell you that's all they remember seeing in my house too..... So she has been drinking it since the 70's.

About 2 weeks after my dad passed away, all of a sudden- they quit carrying it in all the stores. WHAT IS HAPPENING? My mom was convinced my dad pulled a fast one in Heaven by making a deal with God to make her stop drinking them. Dad always said they were bad for her.  Cue all the panic & ridiculous buying what you could. I dont know how much mom paid for a case off of Amazon - but desperate times called for desperate measures.  & then, even that stopped. No more TAB.

My mom called the stores & managers & would have called the President himself if she thought it would make a difference.... all of them said, Coke stopped delivering that to our area.  Apparently they still carry it out west.  (Hello West Coast blog friends - let me know if you see it out there!)

It was going to be a further drive than it was but they ended up shipping it up to another store/factory closer for him - but it was still like a 6 -7 hour drive round trip.

My mom had signs out waiting for my brother to return with all these glorious cases.  WELCOME HOME TAB!!!

So in the end, my mom is one happy woman - my brother calls her TAB Drunk now... I'm curious to see how long 30 cases lasts.  But now, at least she's hoping she has a 'dealer' that can get her TAB whenever she needs it - after a 7 hour car ride that is.

Lanyard
Our work friend Liz has the prettiest lanyard.  We have to keep one on us to badge into our office & even the bathrooms - so when my other work buddy went to Michael's to find one similar, she ended up picking up the last one hey had for me. YAHOO - fancy smancy lanyard.

Dinner Out
It feels like Ricky & I haven't really been out together to eat in the longest time. He'll meet me after church or we'll drive in separate cars because I need to go somewhere & he needs to go the other direction after we eat - so we figured out we hadn't been in the same car to do anything since Steven Curtis Chapman! Which was in May - that's sad.  So after pointing that out to him, he put up all his fence building stuff & we went out to eat.  Granted, I didn't make the 'date' look good at all - I had on sweaty horse stinking clothes (so did he) - no make up - hair in a baseball cap.... but we had a good time talking on the ride & enjoying dinner out together.  The little things after being together so long.


So tell me what good things have happened in your week!

You are invited to the Inlinkz link party!
Click here to enter