The weekend that Tom Ellis is finally not going to be on my TV anymore... at least until 2020

Anyone else a little shocked we're in the 7th month of the year?

Anyone else also SUPER STOKED that we get off work on Thursday?  YES INDEEDY!!!

Of course, we have to get through the first 3 days... but let's take a look back over the weekend before we jump ahead.

Well, maybe we shouldn't. It was pretty boring actually.  Basically, just felt like hell had indeed settle into our area.  It was just MISERABLY hot. It's days like that I forget how much I really don't care for summer.  I also dont care for winter, so I'm basically rarely happy with the weather.  Except for those 12 days a year that are a perfect 65-75 degrees.  Am I showing my inner Princess? ... maybe...

We actually had a lot of plans come up this weekend, but it was like they all got changed or shifted as the weekend went, so in the end, we basically didn't do a lot except work on the house.

Friday, I was just ready to come home  & go to bed. Friday's kill me. But look what I did instead. WORKED OUT.

Yep, its me.  I have been trying to get in 4 days of working out a week & had missed the day before due to a birthday dinner celebration. So I, someone who hates working out on Friday, decided to push myself.

Which made me even more tired for Friday.  I dont even remember much of what happened after that.  I'm sure I got in a few episodes of Lucifer... its what my weekend centered around. The goal to finish it all.... so I can wait until 2020 for Season 5. Sigh.

What did happen was a lot of working on gate building in our fence that Ricky is fixing... & a lot of sweating. It was TORTURE working out in the sun.  We turned on the enclosed porch's A/C so we could read instructions to the gate in the cool air & let the dogs watch what was happening, while staying locked up.... no gate means easy dog escape - so they were confined to the enclosed room.   Don't feel pity for them though. They were laying in front of that AC with their noses feeling like ice.  & you all think I'M the spoiled one? 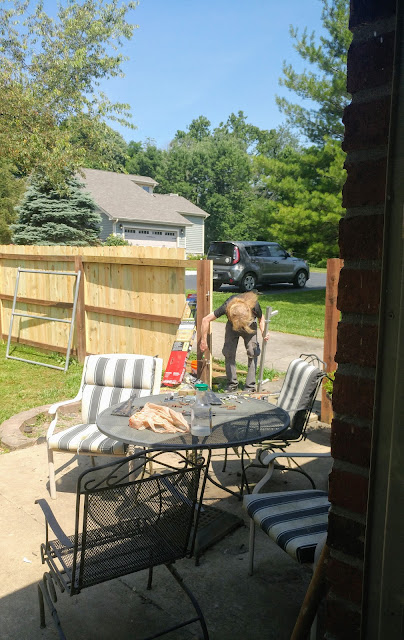 While Ricky was working on the outside part of things I couldnt help him with, I cleaned the inside of the house. So yeah, lots of work happening on Saturday. 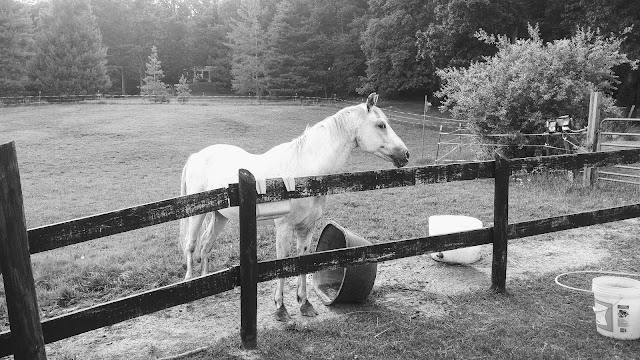 Sunday, I got up to watch the past episode of The Handmaid's Tale (WHYYY NICK? WHYYYY???) & then headed out to church.

They are doing a series call "At the Movies" & they can't show it online because of copyright issues. I'm soooo glad I went to the service this week. They did the message based on The Greatest Showman.  To say I was singing the rest of the day would be a horrible understatement.  Even considered watching it when I got home from church....)

Even Hugh Jackman wasn't the biggest excitement of church this day though (You know from me, the biggest Hugh Jackman fan, that's saying something!!!) - but there was a baptism of one of our HSM girls!  She actually made the decision down at Bible & Beach (The week long retreat our church has for High School students - which obviously is basically on a beach for a week).... but sweet girl didnt get baptized in the ocean - she wanted her family there.  I love she waited so I could see it too. She had Rachel (my sister-leader who went with them to B&B) & Josie (her friend that invited her to our church a few months back) be the ones to baptize her. I loved being a witness to it with all the other HSM girls in the crowd & getting to meet her parents who came to church to watch their daughter make this life changing choice. 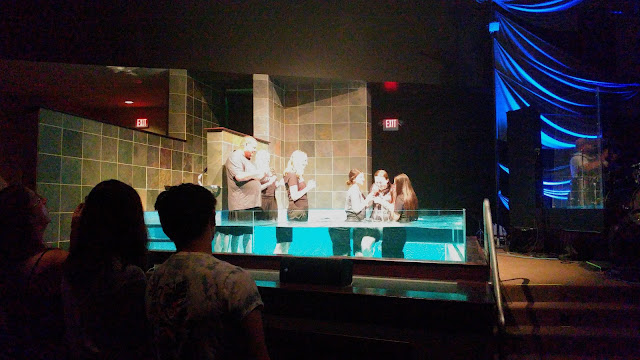 Exciting stuff y'all... A Sunday doesnt get any better than a baptism Sunday... AND Hugh Jackman!

I picked up some lunch for Ricky & I since he was home still working on our fence in the even MORE miserable heat & then I settled in for the last 2 episodes of Lucifer....


I did it - make it through all seasons.  I'm always sad when a series I binge is over. Plus, this one had all the emotion with a season finale so I was sitting on the couch, holding my chest with one hand & covering my mouth with the other.

Ricky on the other hand said he is thrilled its over. He said he's so tired of hearing that guy's (Tom Ellis) English accent always coming from my TV.  "Jealous much?" I say in my own English accent... which actually isn't very good - more English with a touch of southern drawl... anyways...

I felt so bad for Ricky who has literally sweated the weekend away so I tackled the horses on my own.  I had big motivation to hurry up though... storms were coming!  & the horses didnt want to come out of the barn so they must have felt the energy in the air.... by the time I was leaving, the winds were blowing hard & I was glad I got it done before the heavens opened. 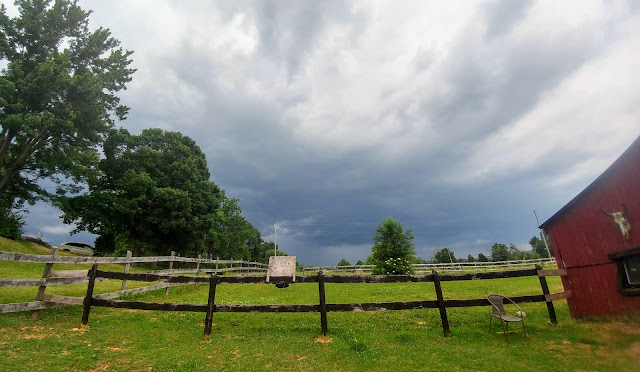 A quick shower & some dog feeding & Big Brother watching (with no one that has an English accent)  & feeling like I'm getting an abscess in my gums (y'all know how much abscesses love me) & now waiting for Stranger Things to start on Thursday... & we're back to a new week!

Are you feeling the heat of summer?