Triple Crown DONE! & how it made me love my hubby even more ... Papa John 10 Mile Race Recap

Well - I did it... completed the Triple Crown of Running!

..  & more importantly, finished the race that I dread more than any race ever.  The Papa John's 10 miler.  I make it sound so fun, don't I?

I just really dont like this race.  First, I dont like the hills in Iroquois Park.  I dont like they stick a big hill in at mile 9 when you're wore out, & I hate the parking around that area - which I'll get to more on that later.

I was a nervous wreck going into this race after my horrible 9 miles the weekend before. But I do have to say, a lot of comments from some of you runners really gave me some pep.  Knowing it was on a treadmill & I didnt do nutrition properly, it made a difference... so I tried to keep a positive attitude about it.

Who am I kidding? I kept telling myself the night before I was going to die on this one...

maybe that's why I didn't sleep well & every time I woke up, I felt like I was going to throw up.

Side note - my sweet hubby - every time I woke up & would do deep breathing techniques (what I do to help nausea) Ricky would wake up & say, "You want me to get you water? Want some Alleve?" ... isn't he the cutest?

But when the alarm went off at 6:00am, I had already been tossing & turning & ready to get up & at least get this show on the road.

It really downed my mood when I saw that Spring had left over night apparently & it was like 37 degrees out.

I know most runners are like, "That's perfect"... let me remind you that in 60 degree temps, I'm still wearing 2 shirts, a jacket, gloves & ear warmers.  My blood must not run thick.

With my knees acting up, I decided to go old school & pull out my box of KT Tape.  & yes, I do have a box full of it. I used to live by this stuff. I think I need to put it into action more often again - even on my shoulder.

I usually dont give much thought to my outfit - except for LAYERS - but this time, I knew I was going to wear my camo leggings for this one. I felt like with all the mind games & all the pain my body had been through lately, I was going into this one with a little war on my hands. The morning was going smoothly & I felt like I was doing good on time - had my usual egg on an english muffin for breakfast, got my braids in, started drinking water & even took an Alleve before the run because I was scared to death my face & teeth were going to hurt.

I had just sat in a dentist chair for 3 hours 2 days before & my face HURT... I wasn't sure how the running & jumping up & down impact was going to be... so I tried to nip that before it started.

Next thing I know, I hear on the news that its 7:10... OH SNAP ... we were supposed to leave by 7... so we grabbed our stuff, which means Ricky had to get his gear of his Starbucks Cafe Mocha, & we were out the door.

Yes, I put on my race song again, Defying Gravity, but I at least did Ricky a favor this time & kept the volume low.  Marriage is about give & take... he gets up to offer me Alleve at 3 am?  I turn Broadway music down low the morning after for him.

Now, we're heading to park near Papa John's Stadium - where the finish line is... & this is a HUGE stadium ... that holds THOUSANDS of people... so tell me why they weren't prepared for around 6,000 runners to park around there?  Turn off the stupid lights!  Get someone to direct traffic - SOMETHING!!!

We were stuck on the expressway....

I HATE being late to a start line...

Ricky kept trying to remind me its not the end of the world.  It was going to be OK... it just got my blood pumping like I had already ran the race.  My nerves were wearing thin anyways.

By the time we got to the Start Line, we could hear the announcer telling everyone they would be taking down the Start Line in a few minutes - runners needed to get across it.  I ended up starting nearly 13 minutes after it began. UGGGGHHHHHH!!!!!

Now, I know most people, that doesn't phase them.  There were a ton of people hanging out, using the bathroom, chatting with friends, starting late on purpose.  For me?  A slow runner? it felt awful.  I am a back of the packer anyways - so to START at the literal back of the pack?  I just was overwhelmed.

People dont get it unless you ever do stick to the back... its a different world... its a world that's forgotten... & sometimes, not even thought about by other runners. (Obviously not everyone - not pointing fingers or blame)  For instance though - jumping ahead - when I finished, there were no bananas left.  There was limited Gatorade.  Pizza was out.  But as I'm finishing the last few miles on the course, I see runners with ARM FULLS of bananas walking to their cars. Some people had bags full of Gatorade drinks.  People had extra plates of pizza balancing on their arm.  They could care less there are a lot of people left to finish.   & its not like I was last.

I think people cross the finish line & if they hang out a bit, they think, 'its almost over' when there are people out on the course till the BITTER END.... & there's nothing worse than to push yourself & see that you aren't given the same treatment that the other finishers got....

NOTE TO RUNNERS:  A race is not a free pass to do your grocery shopping!!!!

I will say, it was a new experience starting so late behind all the walkers.  No offense to people who walk the whole course - because they are the ones having the time of their lives - they are usually with friends laughing & chatting & taking their time & enjoying every minute of the race (I would love to do a race like this one time because it really does seem like a good time!!!) ... but man, people were spread 5 to 6 across the road, just having a party & I was struggling to get through.  It wasn't their fault - they were where they needed to be on the course - it was just me starting so late, it was difficult to get through.

As we headed into the park, I honestly told Ricky to pray for me to get through the park.  He said, "You'll make it - stop it"... to which I told him, "I'll make it, but its my knees I'm afraid wont"

Mile 5 is on the very back of the park & the point where you start heading back towards the finish. I felt great making it there & still feeling really good.

I also knew to start my nutrition about here.  I am not a fan of gels because they upset my stomach, but I had stopped at Target the night before & got some snack bags & some pretzels & raisins.  Just enough to get some salt & sugar in my system.  I'm one of those people whose blood sugar jumps & I can FEEL it. Like I get a little faint if I dont stay on top of it... but I broke that out at a water stop, Ricky even sucked the salt off a few pretzels & then before I knew it, I was at mile 6...

My legs & inner thighs got sore, but after a few stretches in the middle of the road, I was good...

I really couldn't believe how many people I had passed & turned around at about mile 8 & saw a big number of people stretching out the distance on the road. I wasn't last!

It was also encouraging that in that last mile, there were some people standing there cheering everyone on.  A group of people at the top of that horrible hill were great at encouraging everyone... & a lady right at the last turn going into the stadium was standing there clapping & rooting people.  She looked me right in the face & said, "You are doing SO GOOD"... I forget how important it is to hear that - even from strangers... & it makes me even more want to go out & root on strangers at other races. It makes a difference. It really does.

Funny thing... I hadn't run this race since 2013 ... & my time was EXACTLY the same as that race... down to the MILLISECOND!  Like, I couldn't have done that if I tried.  Do you know how fast a millisecond is?  Gold medals are won & lost on that time.  But it was EXACT.  I thought that was so funny. I told Ricky if I was 1 millisecond slower, I would have probably cried. haha While we were running, I had seen people leaving with medals on... & again, being a back of the packer, I have heard of so many races running OUT of medals (which makes me so angry) but when we crossed the finish line, there was no one standing there giving out medals.

I just knew they were out.

God love my precious husband. He was like, "OH HECK NO - you are getting a medal"... & my quiet & shy husband who hates talking to strangers, turned & started going to every one who looked official & was like, "I need a medal for my wife"... "Get her a medal"... he even said he was eyeing up a stranger to see if he could get their medal & run for it... HAHA! (He would never y'all. but the idea #swoon)

... but we walked around the corner & they were giving out the medals there. Our tradition after a race is usually Panera Bread for breakfast... but this race wouldn't get us to there in time before they stopped serving breakfast.  BUMMER!  & I'm not a fan of breakfast at most other places (Cracker Barrel, I'm talking to you - blah) ... & well, they were handing out free Papa John's pizza so we grabbed one & chowed down.


Then it was time to walk back to the car - 3 miles away.

I told Ricky that its good to see I made it to the car easily, because that made the miles about 13.1 - giving me confidence I'm going to make my half marathon :)

On the way to the car, we had to pass all of the University of Louisville's little trains that people rent out for tail gating. Ricky was happy to be sporting his UK shirt for the race & had to stop & take this picture for all his friends. He really isn't a hateful sports person - but he does like to have fun with it... especially if it teases his sister or his brother in law. :)

& I felt like I came out of this one smarter for my half marathon - which is now 5 weeks away... the pretzels & raisins worked great! ... I need to work more on strengthening my hips & inner thighs... & putting lotion on my feet really helped ward off blisters on the bottoms of my feet.

especially on how much I love my husband.... 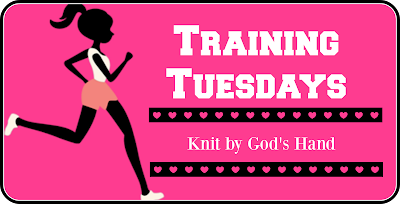