The weekend my 4th of July was consumed with Alexander Hamilton

How was everyone's 4th of July weekend?

Mine?  Nothing exciting at all.  I can basically sum it up in just few words

Yeah - hold back the excitement of reading more when just from that little preview shows you - it was nothing to write home about.

I'm just glad I was off work on Friday because I'm not sure I could have worked.  Did I mention about that mass they found in my uterus? I mean, I talk about everything else, but for some reason, I think I may have missed this one.  Just because it was a little scary when they found it. They shipped me off to an oncologist & that was heart pounding. Everything came back totally fine (WHEW!) & they said it was just a weird mass in a strange place.  .... I mean.... did we expect anything else from me?  But its still there.  & on Friday, I thought it was going to kill me.

Actually the Sunday before, I was up all night in pain with it too - like sharp, knife stabbing, twisting the knife & then dipping that knife in the fires of hell & stabbing again kinda pain.  It would hurt so bad that when it would kick in, it would LITERALLY make my leg jerk.  I got up in the middle of the night & put on clothes to go to the ER but I'm sorry - call me whatever you want - I was like, can I bear this because i dont want to go to the ER #COVIDCENTRAL ... it ended up easing up after a few Alleve & then it was OK during the week.

& then Friday morning - it hit again.  I was taking my Etsy orders to the mail box & HIT - STAB - BURN... I didnt think I was going to make it up the drive way.  It hurt so bad it made me nauseated.  & for some reason, I was just exhausted. Like, I couldnt hold my eyes open. I ended up getting back in bed & falling asleep.  I DONT DO NAPS. I hate them. They make me feel bad.

I ended up taking 3 big naps on Friday.  Like, it was so bad on Friday, my step count on my fitness tracker showed I didnt even get 1,000 steps in for the day. Barely got to 500 steps.  Those were just the times I had to get up to go to the bathroom.  Friday was a BUST.

I did wake up long enough to binge the whole season 2 of The Politician.- Ended up watching the 2nd Malificient movie.

& then FINALLLLY - around 9pm at night, I turned on Hamilton.  I didnt realize it was nearly 3 hours long - so good thing I slept basically the entire day so I could watch it all.

I was in love.  LOVE LOVE LOVED it. 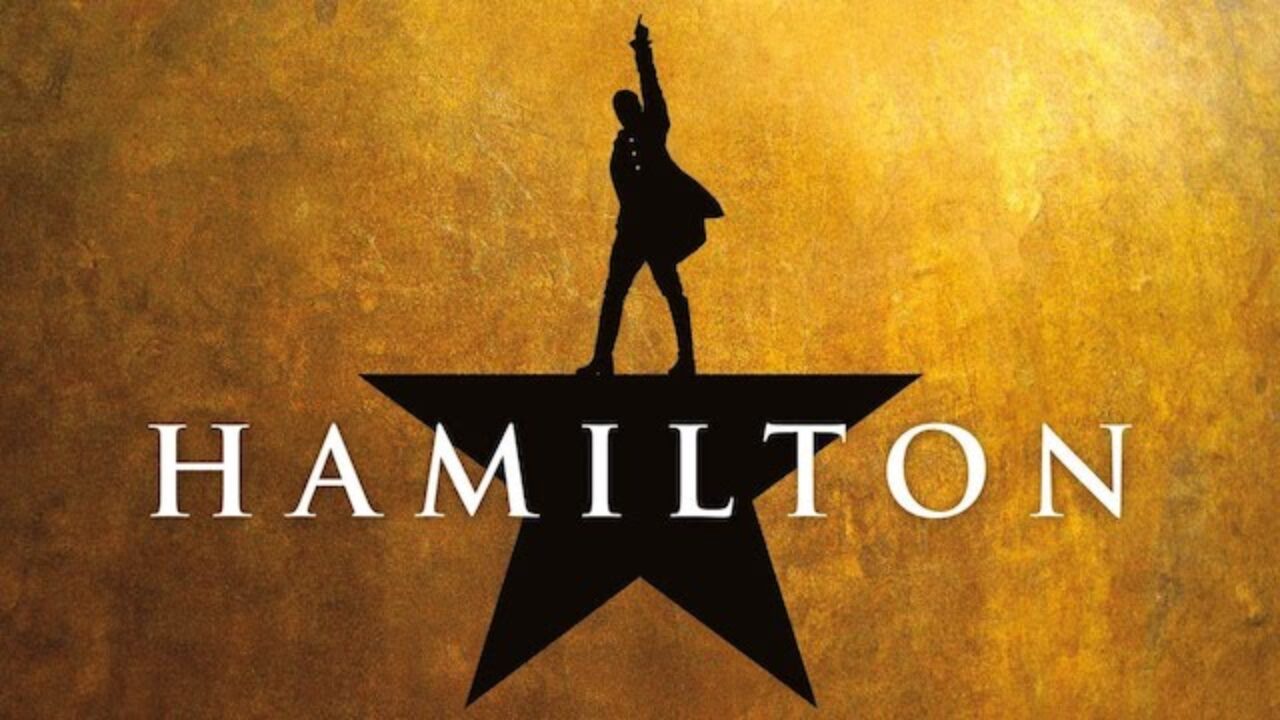 You would have thought I wouldnt have been able to sleep after the day in bed on Friday.. nope - I slept totally fine - got up on Saturday, made some breakfast because I was starving & hadn't eaten a thing the day before. & then was ready to go back to bed again.

I do think my iron is TANKED. Bottomed out.  Scrapping the barrel.
The Hubs even said, Yeah, I think you've got to go back & do the infusions again.  Which made me cry & feel bad just because I HATE THIS.  Iron Deficiency Anemia doesnt seem like its a big deal but man, it is miserable when its this bad  The Hubs remembers when they were taking me into surgery & the nurse that found my blood being so low, she said to me, "You have to feel horrible. I dont know how you are functioning" - The Hubs remembers that & said, "this is what she was talking about, isn't it"... I guess.  We'll see - I go back to the hematologist in 2 weeks so I'm anxious to see what my counts are.

Anyways - most of Saturday was getting caught up on some sewing because while I was down & out on Friday, my Etsy store was not. & its still going strong.

So I cranked on Hamilton - AGAIN - while I was sewing most of the day.

We didnt have any 4th of July plans but I knew I had to pull out my tee shirt because what is 4th of July without some sort of cute tee? 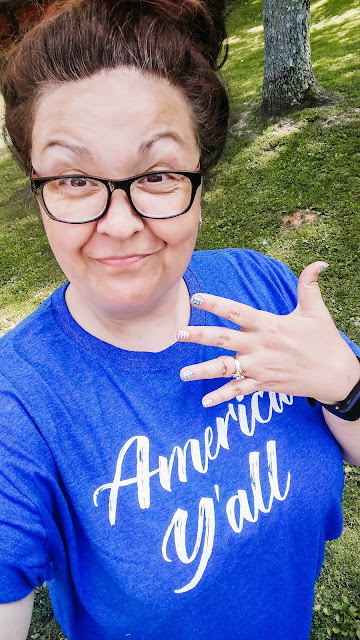 Plus, my flag nails have lasted the entire week & still look good (you cant see them in the pic - but thats why my hands are in this strange position in that pic)

Saturday night, I ended up watching Athlete A - which was all sorts of disturbing & infuriating.  Those poor gymnasts.  That disgusting association that let this man get away with abusing these girls for so long after people reported him repeatedly. 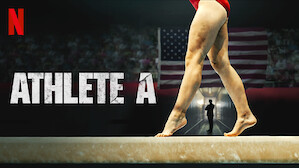 I was glad that the fireworks werent too bad around my house this year.  Some years, its unbearable with the noise that will NEVER END.  This year, we had a few going off - but they sounded far enough away that I could turn up the TV & the dogs weren't too bothered.  AND - blessings of blessings - they ended fairly early too.  Around 10:30 & not a sound to be heard. Thank you Greenville community!

Sunday, I did get up to make a big breakfast.  I wanted to go out & read, but it was just horrible outside with the heat & humidity.  It was all weekend actually.  I sat outside in shade for about 20 minutes & felt like I was sweating from running a marathon. Forget this.

I spent the rest of the day indoors. I did the church thing online - because that's where I'll be doing it for awhile.  Yes, most churches, mine included, started having services again in the building - but that's a big NOPE for me.  While numbers of COVID are increasing, I'll be happy sitting next to God on my couch thankyouverymuch.  Again, I've mentioned this before - but I ALWAYS hear that advice that says, "you are in charge of your own health" & the way some people treat this whole pandemic, I dont want to put my health in a LOT of people's hands that dont give any cares.  So I'll be happy to do me & make choices for my own health.  Plus, I still am used to church in comfy shorts & t shirts that are 10 years old & worn out, & my dogs are just used to sleeping on the couch & enjoying us sitting still for a little bit. 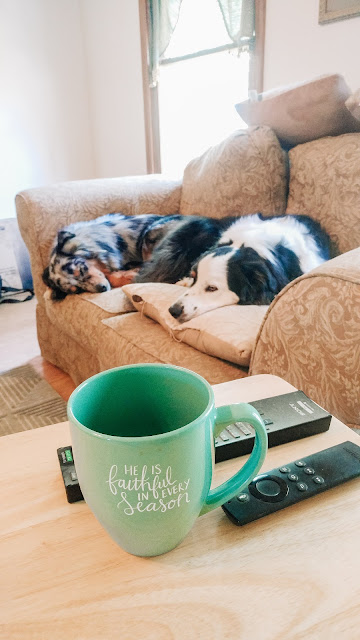 I did get some cleaning done & get some projects done at the house I've been putting off. I got to play Hamilton a few more times in the background while I did all these things & after hearing it 4 times, I'm pretty sure its ingrained in my head listening to it that many times in such a short period of time.

I will say, I usually keep closed captioning on anyways because again thanks Iron Deficiency Anemia that causes a constant ring in my ears. It causes me to miss words a lot of time so I keep CC on to help.  With how fast some of the words are flowing in these songs - it helped to read them the first time through.  ... & I also cried every single time at the songs "It's Quiet Uptown" & the last song "Who Lives, Who dies, Who tells your story"... the women that plays the Sisters, Eliza & Angelica - incredible!!! 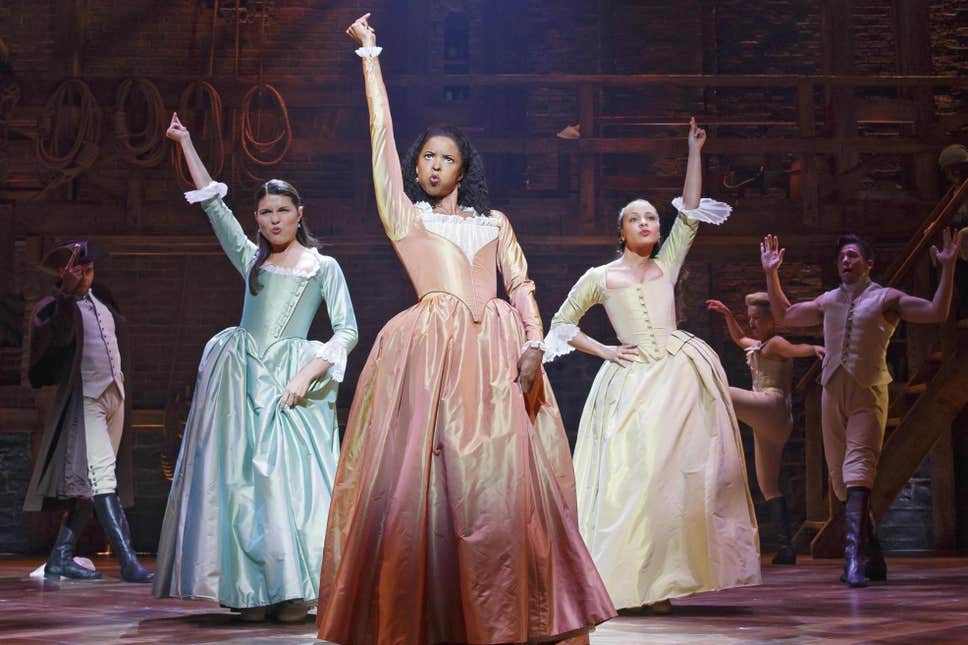 (This is the part that gets me every time) -OBVIOUSLY this is a spoiler since its the LAST 1:25 of the musical)


So yeah, nothing too exciting.... a usual weekend - with a holiday thrown in there.  God bless America! ... & I'll be calling my doctor today to talk about this mass thing now. I know there was talk about having it removed... that got pushed aside, but I think its gonna have to happen sooner than later now.  Fun times ahead.

Speaking of fun times - my brother got to come home from the hospital on Sunday too - PRAISE THE LORD!! What a relief.  Again thanks for anyone that sent well wishes & prayers for him.

What did you do for the 4th?

Did you watch Hamilton - or have you seen it before?

Did it feel horribly awful with heat & humidity where you live?