The weekend coffee almost gave me a heart attack

So March 20, 2020 was the last day I was in the office, so it has officially been one year since I've been working from home. That just blows my mind. I can remember packing up & thinking, Oh, we'll be back in 2 weeks - surely not a month.  Just shows how little we know about what tomorrow holds.

This weekend went by entirely too fast - even doing a bunch of nothing. When its just perfect outside though, you want the days to last & I could have handled another day like the ones we had.  Like Spring knew it was officially here & it was just showing off.  Sunshine & temps in the 50's & 60's all weekend.  It was just perfection.

Friday
I have to admit, I'm super bummed that WandaVision is over. That became my favorite Friday thing to do & while I love Marvel, the new Falcon & Winter Soldier, I'll watch it - but I think I'll wait till they're all out. I'm not as excited about that as Wanda & Vision, whom I really like. I never got into Captain America as much as the other Marvel franchise movies.  Plus, it'll be fun to binge it all at once. I think there's only 6 anyways, so I'll just binge them all after they're all out.

I ended up starting Friday watching the old Justice League because we were wanting to watch the new on that came out on HBO Max - which, has there been no advertising on that? I just happened to notice it was coming out on HBO Max - no commericals, no advertising.  Come to think of it - you dont hardly see any movie advertising anymore, do you?  Alas, the weather was so nice, so we never got around to watching the new one. Dang it.  But at least I got a refresher of the first Justice League movie. I honestly was like, 'did I watch this?' because I had so few memories of the movie.  That freaks me out when my memory lapses on me.

Saturday
I woke up & started my day with my devotional & then caught up on some Real Housewives episodes - because Jesus & Bravo is a good weekend mix.  I need to trade mark that quote. 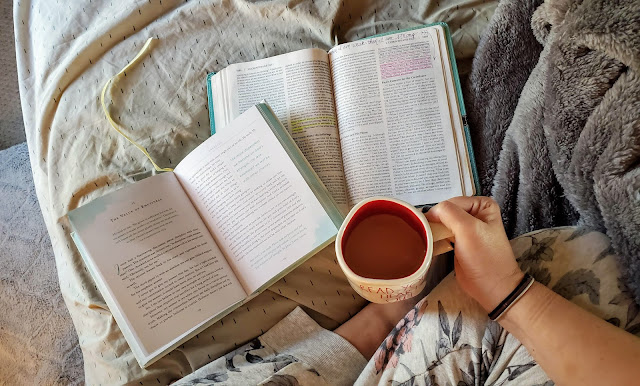 Then I heard a commotion outside my window & find a strange man in the bushes under my window.... 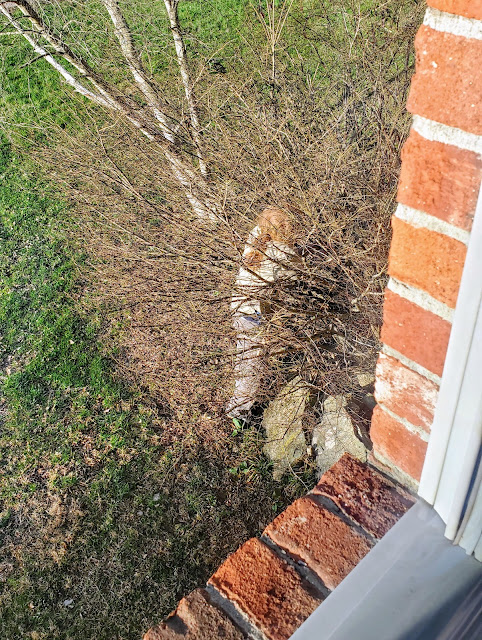 Just Hubby trimming back some branches ... but I opened the window to ask him if he wanted a hat so his hair wouldn't get hung on the branches. I then learned I needed to shut the window fast because on that window side, its 2 stories up & I had visions of the dogs leaping out of the window to get to their daddy.

I had to run down to the bank for work & then figured I would actually go in the grocery & pick up some things. I thought I was going to ultimately regret this idea because the grocery, at noon on Saturday - thats typically a Hellmouth from Sunnydale (those of you that get that reference, you're my people).  But slap me surprised that the grocery wasn't really crowded at all! I was only behind one person in line.  I was one happy camper.

I picked up some lunch & then just wanted to take in the weather.. & for me, that meant sitting outside with a book & just drift away to another land. 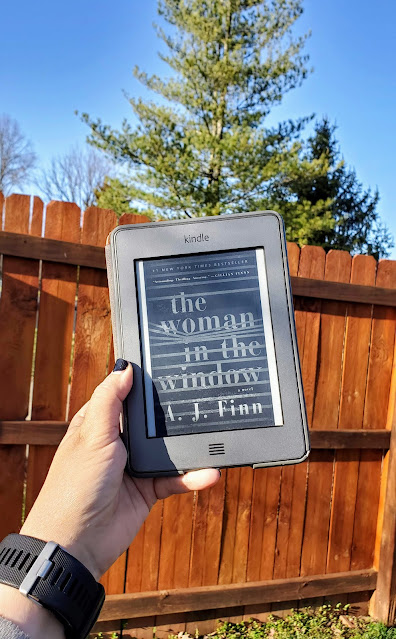 I finally am getting some good books after the start of some really bad reads.

I did take some time to do some walks to work on that lung capacity.  For someone who couldn't make it down & up the drive way, look at this... 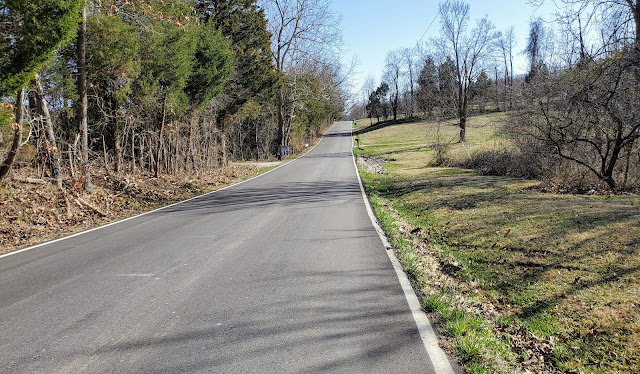 My house is right over the top of that hill - so I've been getting further & further. & yes, the uphill into my drive still wears me out & I am breathless, but I dont have to lean over & literally GASP for air.  Progress.  It's all progress.

Finally when it was too dark to be outside, I ended up coming inside & finished up season 2 of The Boys - because I've just been on a super hero kick lately.

Sunday
I had some plans to go out to Sam's Club & pick up some things... but I was on stand by just waiting to go to the vet at any moment.

I woke up & watched church online & then when that was over, I cleaned the house a bit & did some laundry & then it was time to start a new book.  I made some coffee & headed out to my reading place & settled in....

I really didnt think much of it & went in & threw it out, washed my cup & made another cup of coffee & then decided to ask Alexa if coffee is bad for dogs.  Only to find coffee is extremely poisonous & toxic for dogs. SAY WHAT????

I immediately jumped on the internet & reading everything, I went into hysterics. I thought my puppy is going to die.  Because of coffee. BECAUSE OF COFFEEEEEE!!!!

& there's nothing really a vet can do except induce vomiting & give IV & I'm just holding Ozzie sobbing my eyes out, running back in the woods to tell Hubby what is happening & how we're on the edge of the brink of disaster.... & this is how he takes it....

We freak out over totally different things.

But he told me that he's sure he didnt drink a lot & reminded me that my coffee is basically half cream anyways & that's probably what he got.

Me? I'm ready to pack up Ozzie & taking him to the ER.  Call 911 - get me a puppy ambulance.  Hubby is telling me to he's fine.  But I'm reading all the things & it said that dogs will start showing signs of issues till 1-2 hours after drinking it because the caffeine has to get through their system & that's when it causes the problems - so the next 2 hours, I did not let that dog out of my sight.  He was like, "Mom, leave me alone"... when I hit 2 hours & he was just relaxed & chilled out - no freaking out, caffeine sputs or any sort of reaction at all, I finally could breath.  I honestly was scared to death.  I'll never put a coffee cup on the ground ever again in my life. Lesson learned.

Between that & my tooth still hurting after the root canal, Sunday had my nerves in a tizzy.

It still hurts to chew down on this tooth, so I'm afraid the tooth is cracked under the crown - & even though I just spent all that money on a retreatment & going through the 2 hours in an endodontist chair this past week, I'm horrified that the tooth is going to have to be removed. & all that pain, time, money.... down the drain.

I guess we'll find out next Monday when I go to get this crown taken off & get a new one put on.

I'm telling you - my nerves are SHOT right now. SHOT.

At least I had another good book I started that helped take me away for a little bit.

I went over & spent some time with my momma & we got her scheduled for her vaccine - which is exciting.  I still need to schedule mine too - but I keep getting different stories on when we should get the shot after having COVID.  I figure that we have antibodies anyways so let everyone else get the shot that needs it more than us right now.  It seems shots are pretty easy to get over where I live so that's a good thing. Hope it stays that way for the next 2 months when I need to schedule myself.

So.. that's the weekend.... nothing exciting - just a bunch of anxiety ridden life thrown in there. But Spring!  It's here. We've made it out of the misery of winter. I'll take any good thing I can get right now.

Have you heard from personal experience or know someone that has had COVID & was told to wait to get their vaccine?

Have you ever had a dog drink coffee?