The weekend that I think TP accountability is a thing....

How's everyone hanging in there?

Is everyone else feeling like this is one of the most bizarre situations you've ever lived through? Just weird - bizarre - surreal - CRAZY....

And at this  point, I've also forgotten what make up is & I'm pretty sure my hair hasn't seen a comb in over a week.  Yes - I'm not gross, I'm still taking showers & washing it, but I just throw it up in a bun when its wet - & take it down when its time to wash it again. 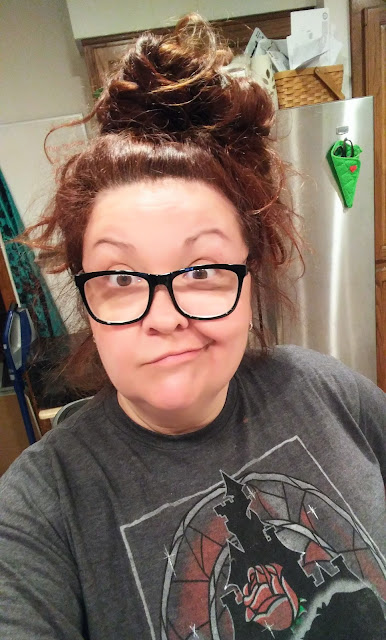 I did venture out for the first time in over a week on Saturday, yes with my hair up in that sloppy sloppy bun.  Not a cute messy bun - a sloppy sloppy bun.  We needed to go to the grocery because we hadn't been out to get food in 2 weeks & I was in desperate need for a new printer for working at home.

I have a printer - but its old & it takes about 2 minutes to print one email... aint no one got time for that.  Plus, I have to make TONS of copies a day - & a lot printing out emails.  I figure that this working from home thing is going to be longer than I anticipated, so I went ahead & dished out the money.  Hoping it makes my work week at home much easier  I've told multiple people that I was about ready to throw my printer out of the window last week.... hopefully my Hulk rage will calm down now.


It felt so strange to be out 'in the real world'.  To see normal crowded parking lots totally empty.  To feel the way I did.

We got to Sam's Club & there was a line out the front door.  We had gotten there just as they had opened - my thinking was, if they cleaned last night, it'll have fewer germs in the morning than in the evening.  When I saw the line, I figured everyone else had the same idea..... I found out I was wrong. They were just there for toilet paper.

They had to have a police man at the front to let people get in safely, like this is some Black Friday attitude happening.  Everyone was pretty decent at standing apart from each other in the line to get in... but once inside- WATCH OUT - ALL BETS OFF IN THE RAGE TO GET THE TP.  Me? We just wanted the printer, so we were able to go the opposite direction.  Ricky did try to venture back to see if he could snag up some TP - we have a good dozen rows left (Why am I telling you that - is TP accountability a thing now?) - but anyways - he said people were all crammed up on top of each other (EWWWW) & then the Sam's employees were making people get back in line & they were disbursing them in the carts. No one was allowed to touch them. They were putting one in each cart because people have turned into savages apparently.  Ricky jetted out of there & we just did a self check out & got out of there fast. 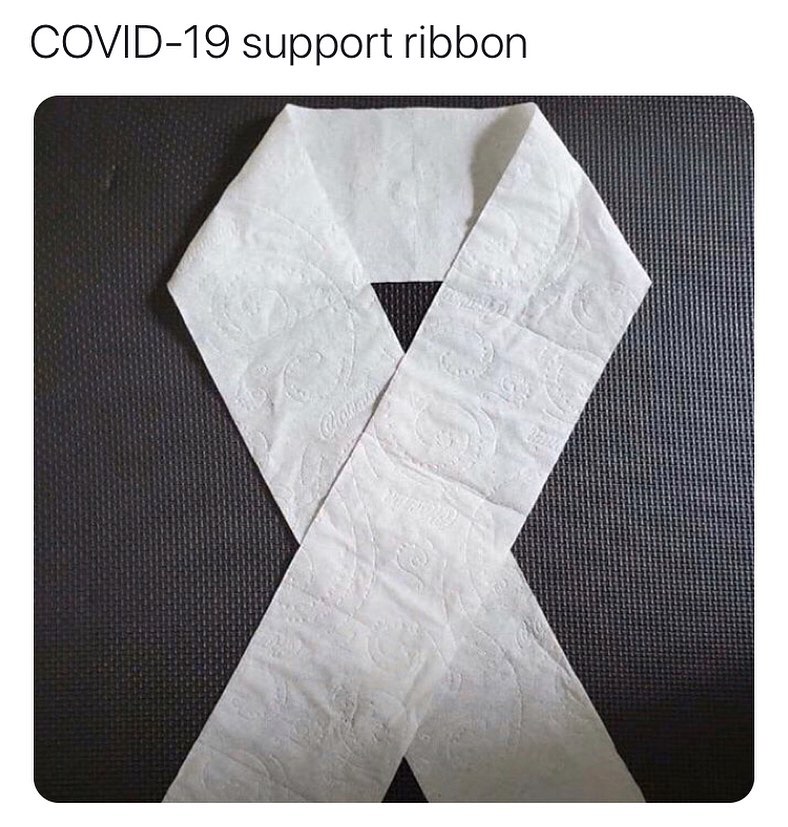 Our next stop was the grocery store.  That was more crowded then I expected to - & I'm gonna confess right now - this place gave me ALLLL the anxiety. People gave NOT ONE CARE how close they were to you, how much they they got into your space. It was so aggravating.  Even the workers would come down the aisle with these huge carts & sort of force people together.

When we checked out, I appreciated the markings on the ground to say where to stand... but do people play by the rules? Not one bit.  I dont get people.

& I told the cashier to just push the food down, I would bag it myself - to which I'll add, I'm a pretty awesome bagger. My first job was at a grocery store cashier for 3 years - I loved that job actually!  But put me in any bagging competition - I'm pretty awesome if I do say so myself.  ... She did just that, but by the end, there were like 5 things that were up near her I couldnt reach - I told her to just shove it down - but NOOOO - she put in a bag & walked around & skimmed my shoulder as she threw it in our basket.  If you can skim someone's shoulder - you're too close.

I was ready to just take a HAZARD SHOWER when I got home.

I was actually really glad to get back home ... back into our safe bubble.  We have food now, I'm good for another few weeks.

Saturday was so warm & beautiful though - so I just took advantage of being home & the sun shining... I sat on the back porch & finished reading a book. 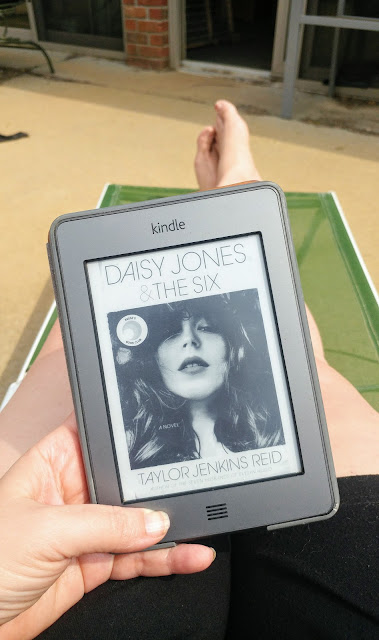 The dogs are totally loving all this home time....
& they in return are giving me all the comfort & joy in scary times.

It was so hot on Saturday that I didnt want to turn on the oven, so we decided to support the local restaurants & I ran down & got some take out.

We spent the rest of Saturday evening being smothered by dogs because a HUGE storm came through & the dogs were all freaking out. FREAKING OUT.  All I kept thinking is, "sure, all this chaos right now, let's add in some horrible thunderstorms & tornadoes to the mix".  2020, I'll say it again - you are just the worst.

During the night with all the storms, I was able to get caught up with The Walking Dead... which really isnt the best show to be watching right now during this time - nor in the dark hearing the winds & rains smash against your window. What can I say - I must be a glutton for punishment.

Sunday, it's week 3 of church from home.  & its the 3rd week of making a big breakfast for Ricky & I.  I'm trying to find new routines where I can because I am a person that needs them.  I feel like things slip through the cracks when there's not plans, a schedule.  A big breakfast is a good thing for my belly & my soul.

I did some reading... watched 3 church services online ... watched the For King & Country little concert they did (here's the LINK if you want to watch it).... did my bills.... did my planner for next week - because I have SO MANY PLANS for next week ??? - again,I need routine.


I also went ahead & joined Daily Burn to get some workouts in at home. I actually did good last week & worked out 4 times - plus multiple "drive way walks" ... & I do have a Beachbody account - but that's just been aggravating for me.  I have had a very vocal hate of the last few workout plans Beachbody has put out because they have no music... & they have since gone back to some other old videos & CHANGED the music that was once on there. I dont know if they lost licensing rights or something?  Plus, its just not easy for me to pick & choose workouts. They are all mixed in on plans & I've done most of them, so I dont want to start over at the beginning of the plans again.

I know there are work outs for free out there - I actually did some Popsugar Fitness videos last week - but did I mention I like routine?  I'm not good just going on & picking & choosing a workout. I need a plan, a strategy, someone to tell me what do for a work out. 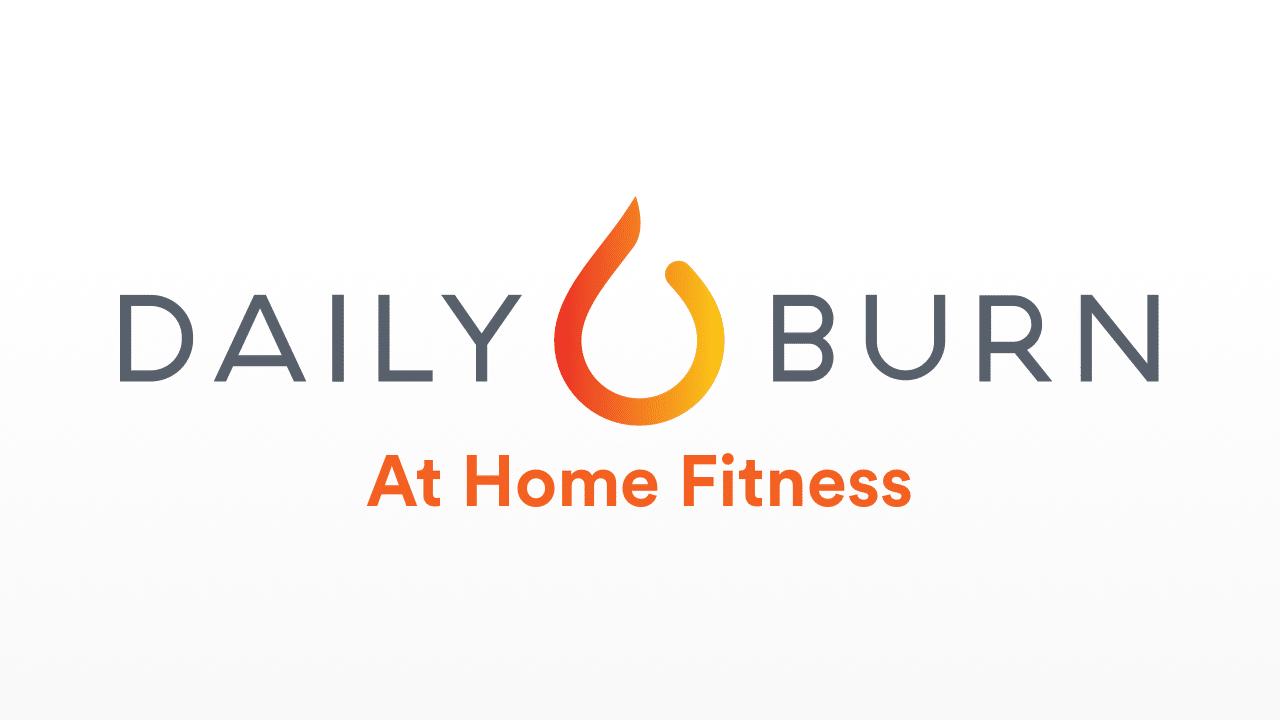 But they are known for having work out plans for different things - weights / cardio / Intense workouts / Pilates / Barre ... but their big selling point is they offer a new work out every day.  I guess you can do it LIVE at 9am - but you can access it all day long to do on your own... so you can do 365 new workouts a year!! How cool is that?  .... Of course, with the virus going on, they dont have new workouts happening because social distancing... but they are planning on using videos from another year - which its all still new to me.

If anything, its free for the next 2 months - it'll be a good trial... I'll let you know how it works for me & what I think about it.

The rest of the Sunday was just lazy - trying to soak up the sunshine & fresh air - even made a batch of chocolate chip cookies, because hey, I did work out earlier!!!.... trying to gear up for another week that I'm sure is going to be full of news, more anxiety & a lot more frustration.   But we've got this, right? 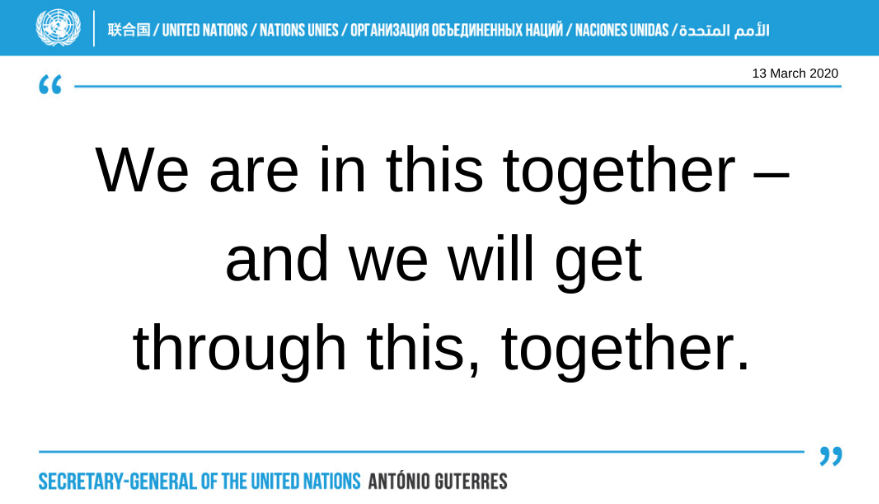 So how was your weekend... did you even KNOW it was the weekend?

Have you ever used Daily Burn?

Did you get storms this weekend?
& do you have pets that are terrified of it?