Now granted, 2020 has ruined our vacation as it has for most everyone else's as well.  We were going to make our reservations & plans to go to Disney this year back at the beginning of the year.  & then.... yeah. We all know how plans in 2020 went.  I know Disney is open & blah blah blah.... but let's not forget -we're still not even eating in restaurants.  So there's not getting on planes & eating in places in Florida.  Nope.  Heck, we're even at home this week saying, "I guess we'll get take out & bring it home" because still, zippo, zero plans to eat in a restaurant... & now its too cold to even eat outside.  Which we never did that with a place with a waitress.  I dont want anyone touching my plates & glasses with hands that are picking up other people's plates & dishes. - Like a glass to refill? EWWW!!!!

Needless to say - the weirdest vacation ever. 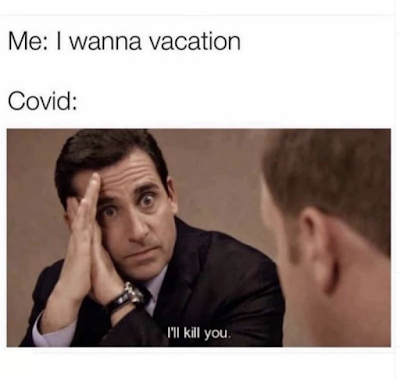 I had the toughest week last week at work that even if I just stay in sweats & stay on the couch all week, as long as I am not logging into work, I'm one happy girl.

Friday, I signed off work but had to run to the bank to drop off a deposit for work.  I went ahead & ran into the grocery to pick up a few things - mainly snacks for vacation munching... & storms were rolling in.  It has been in the 80's at the end of last week & these storm clouds rolled in & threw our temps right on down to some cool fall crisp air. 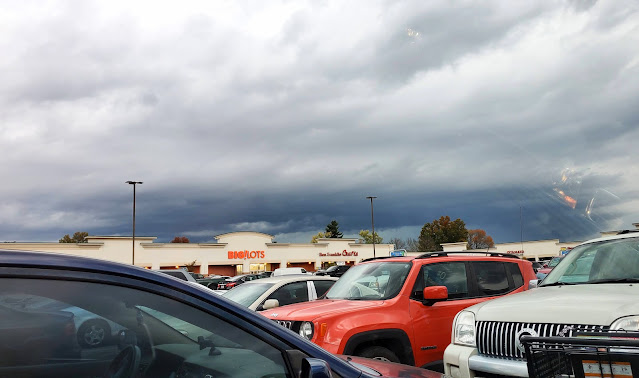 Saturday turned out to be a perfect day for some photos though.  Yep - I did a photo session with some friends.  She's basically family... & one of the reasons I came "out of retirement" to capture some pictures of her little family.  I did this pair's engagement photos year ago too so I already knew they were going to be such an easy session & totally gorgeous in front of the camera....plus - PUPPY!!!!! 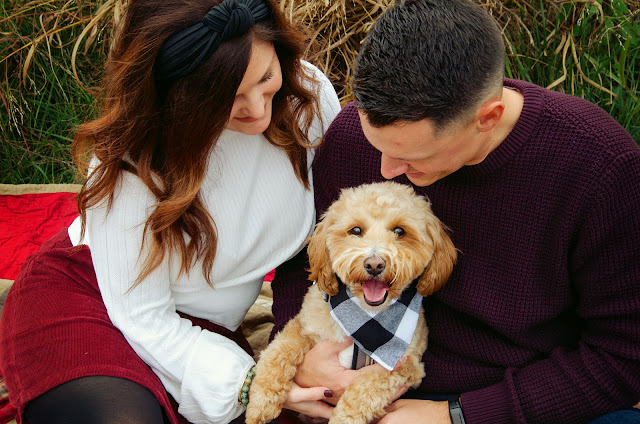 I met them at their house & just followed them to a park near their home & this park was STUNNING!!!!  So big, so much  beautiful area for pictures & it was a photographer's dream because the sun was in & gave the perfect overcast for my camera.  Plus, being outside - keep that fresh COVID free air flowing! 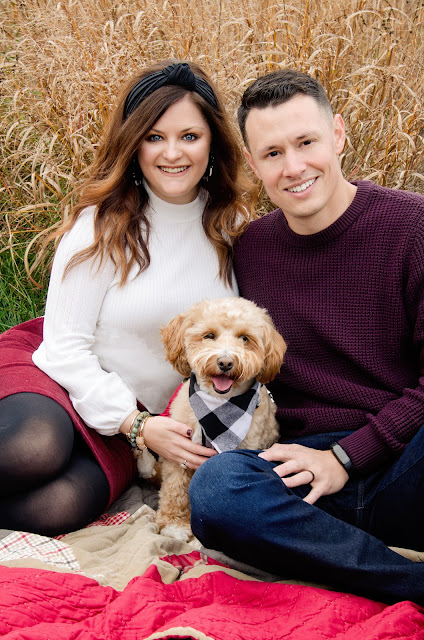 & honest to goodness... this dog... this was the most photogenic dog I've ever had in a session. He'd literally look right at me & hold the gaze.  He needs to be a dog model because he works with the camera!... We were in & out in less than a hour, that's how easy this sweet pup made it for me.

I ended up picking up some dinner for us on our way home & then started getting into EDIT MODE as soon as I got in the door & kept on till it was time to take a shower & get in bed.

Sunday, I woke up to finish editing the full session (check that off my list) & then we had to pack up a Spinner bike that I sold on Facebook Marketplace.  One of the goals of the week since we cant go anywhere is just clean out all the STUFF in the house.  Ricky is tackling the basement.... I'm tackling my library.

Anyone local need books for their little library? Because I'm gonna have a HUGE stack I'm going to box up to give away.

It was such a gray, drizzling, cold day on Sunday that we just both hung out on the couch for awhile watching Disney Halloween movies... like real grown ups SHOULD do...

Speaking of Halloween... its coming up to the last week so I'm pulling out all the Halloween stuff to wear! 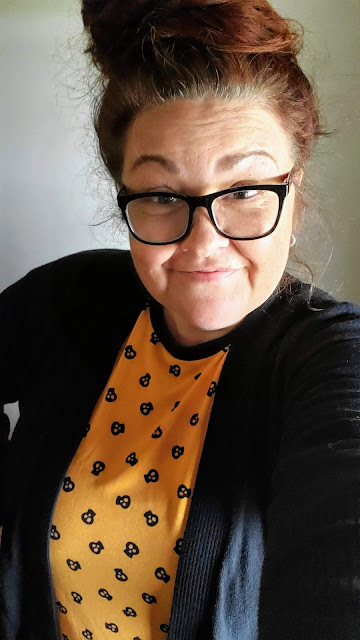 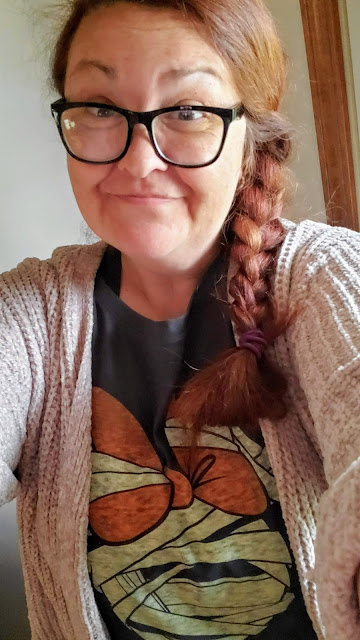 Sunday afternoon,  I started watching The Queen's Gambit on Netflix & got through it all except one episode... finishing that this morning.  I dont know why I couldnt stop watching it. I dont even know how to play chess... maybe I'll add that to my vacation list to do.  The Hubs LOVES playing chess & is great at it. His brain is made for something like that. 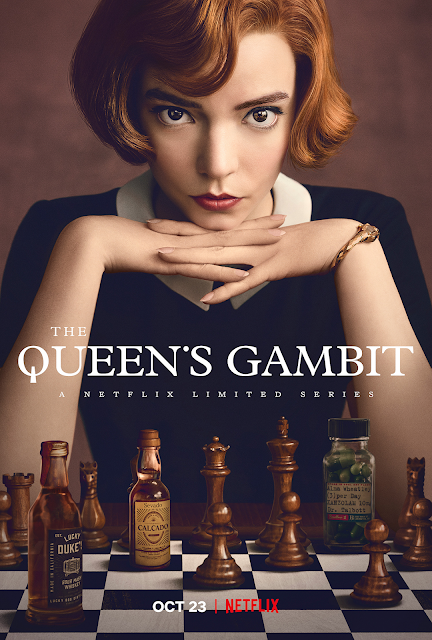 The one good thing about being on vacation this week... we're gonna go VOTE this week hoping lines wont be long during work hours.  Going to feel so strange voting BEFORE election day... but I like it!

Do you play chess?

Are you dressing up for Halloween this year?

Are you doing family photos for Christmas cards this year?

Have you VOTED yet?